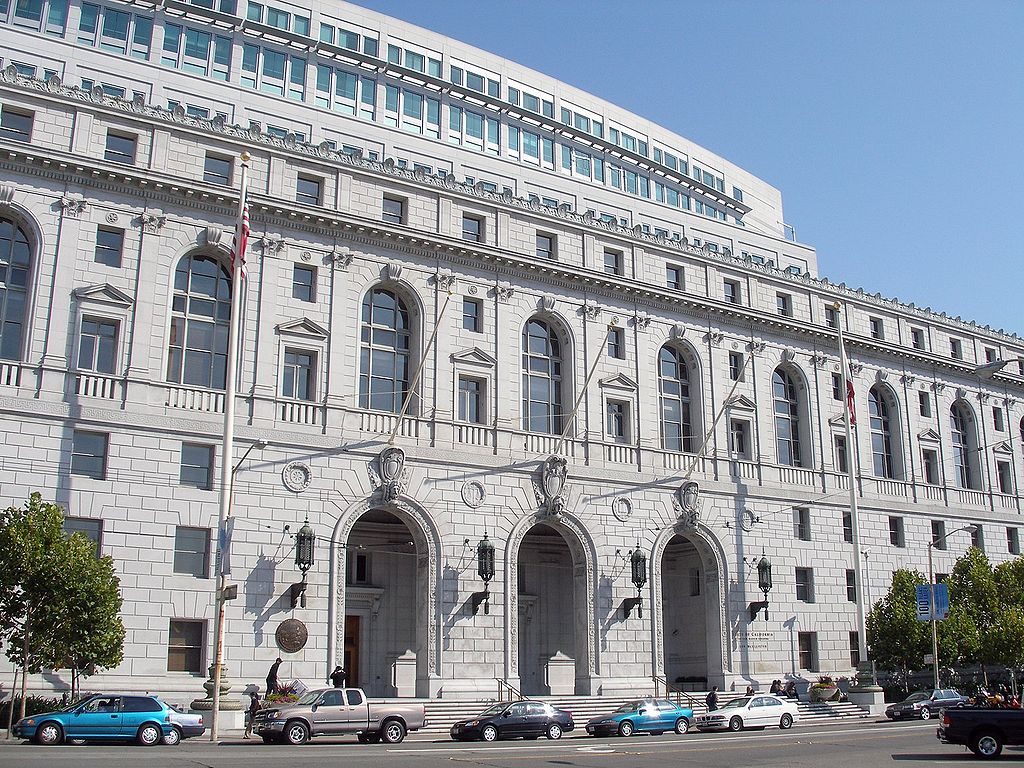 The Earl Warren Building and Courthouse, home to the Supreme Court of California. Photo by Coolcaesar, via Wikimedia Commons.

People of modest means involved in civil cases are entitled to a court reporter if one is not already provided, the California Supreme Court ruled July 5.

As Courthouse News reported, the state’s highest court unanimously found, in Jameson v. Desta, that litigants who are entitled to fee waivers must be able to obtain a court reporter free of charge. To do otherwise is incompatible with both California statutes and case law on access to justice, the court found.

“The challenged court policy creates the type of restriction of meaningful access to the civil judicial process that the relevant California in forma pauperis precedents and legislative policy render impermissible,” wrote Chief Justice Tani Cantil-Sakauye for the majority. “Accordingly, we conclude that … an official court reporter, or other valid means to create an official verbatim record for purposes of appeal, must generally be made available to in forma pauperis litigants upon request.”

The ABA had filed an amicus brief supporting that result in 2016.

The ruling came in a lawsuit filed by Barry Jameson, an indigent prisoner who represented himself in a lawsuit accusing a prison doctor, Dr. Taddese Desta, of medical malpractice. Starting in 2002, Jameson’s case was dismissed by the San Diego Superior Court three times, and each time reversed and remanded by California’s Fourth District Court of Appeal. When the case went to trial in 2014, the court informed the parties that it was no longer providing court reporters because of budget cuts.

Though the court must have been aware of Jameson’s fee-waiver status, the California Supreme Court said, it did not ask whether Jameson wanted to record the proceedings or pay for a less-expensive shorthand reporter. Therefore, there was no transcript available when Jameson appealed the eventual ruling—a grant of nonsuit—to the court of appeal. That court found that without such a record, it couldn’t reach the merits of Jameson’s argument that the trial court got it wrong. Jameson argued that the case should therefore be reversed and remanded for a new trial that includes a court reporter, but the court of appeal found no legal error.

The California Supreme Court took the case, it said, to determine the validity of the policy of not providing court reporters, even for indigent litigants who have already been granted fee waivers. Unanimously, the court ruled against this policy, finding it inconsistent with prior court decisions on litigants proceeding in forma pauperis, as well as California’s general public policy of facilitating access to the courts.

“As the court of appeal decision in the present case aptly demonstrates, the absence of a court reporter at trial court proceedings and the resulting lack of a verbatim record of such proceedings will frequently be fatal to a litigant’s [appellate case],” the opinion says.

The Chief Justice, whose job duties include lobbying the state legislature for adequate court funding, also noted that numerous California trial courts have limited the availability of free court reporters because of funding shortfalls. She acknowledged the difficulties facing trial courts, but said they must make an exception allowing fee-waiver recipients access to a verbatim transcript. The court also found that the error was not harmless in Jameson’s case and sent it back to the court of appeal.

“This issue was affecting in a negative way all kinds of people’s rights to petition the government for redress of their grievances,” said Shipley, a partner at Kirkland & Ellis. “It affects prisoners filing civil rights cases and it has a huge impact on family law cases,” who are often not represented by counsel.

Next:
Immigrant soldier sues Defense Department for discharging him without explanation