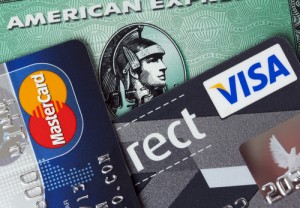 A federal appeals court has revived a lawsuit by a jailed protester in Oregon who turned over nearly $31 to her jailers and was repaid upon release with a fee-laden debit card.

The San Francisco-based 9th U.S. Circuit Court of Appeals ruled March 16 on behalf of Danica Love Brown, who was never prosecuted, the Oregonian reports in a story noted by How Appealing.

Before contracting with Numi Financial in 2014 to provide the debit cards, Multnomah County, Oregon, spent an estimated $275,000 in annual labor costs to handle inmate cash. Now the county pays nothing and Numi earns revenues from the fees it charges.

Debit card charges paid by the released inmates include a $5.95 monthly maintenance fee (first assessed after five days), a $2.95 ATM withdrawal fee, a $1 fee for an ATM balance inquiry, a 95 cent fee for a denied transaction, and a $9.95 fee to request the balance on the card by check.

Inmates are supposed to receive a usage tips wallet card that says there is no fee to transfer their funds to a personal bank account on Numi’s website, to withdraw funds over the counter at a bank, or to receive cash back after making a purchase from a retailer. The cards don’t disclose that some retailers don’t provide cash back and withdrawals are free only at Mastercard-affiliated banks.

Brown said she didn’t read the card because she didn’t have her glasses. When she visited the Numi website, she decided not to transfer funds to her bank because she didn’t want to provide her account information. By the time the debit card was depleted, Numi had charged Brown nearly $7.

A federal judge had tossed Brown’s claims, but the 9th Circuit reversed.

The appeals court said the debit card program had changed the simple government function of returning money to a released inmate into a venture where fees can erode the money.

“Numi is entitled to fair compensation for its services,” the 9th Circuit said, “but that does not mean that it should be able without restriction to provide cards to released inmates who have not asked for them and who are likely to end up with less money than was taken from them.

“Similarly, the government of Multnomah County should not so easily be able to shift the burden of securing and returning released inmates’ funds to the released inmates themselves, many of whom, like Brown, are never charged with a crime.”