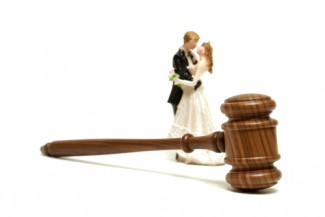 The Kentucky Supreme Court on Friday considered whether any elderly man who has been declared incompetent can divorce the woman who is serving as his guardian.

Elmer Riehle’s lawyer, Steven Megerle, argues that even a person who is deemed disabled can show what their true feelings and intentions are. “I don’t think that they should be locked up by their guardian,” he tells AP.

Riehle’s wife, Carolyn, was appointed as his guardian after he sent thousands of dollars to someone he believed to be a Nigerian royal prince, according to Carolyn Riehl’s lawyer, Michael McKinney. The lawyer says Carolyn still cares deeply for her husband, and he needs a guardian to stop him from wasting family money on overseas pyramid schemes.

Elmer Riehle filed for divorce in August 2013 after he twice sought, without success, to dissolve the disability determination and guardianship, according to an October appeals court ruling in the case. The appeals court affirmed an order dismissing Elmer Riehle’s divorce petition.