Cartoon Poll: Humpty Dumpty and a lawyer sat on a wall 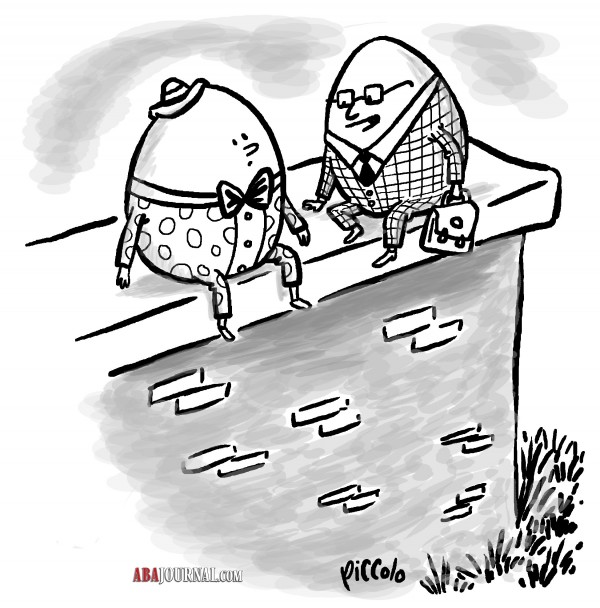 Thanks to the more than 100 reader submission for this month’s Cartoon Caption Contest. ABA Journal staffers whittled the list down to these three favorites. Now it’s your turn to pick the cartoon caption you think best fits.

• “We need the jury to see what kind of guy you are on the inside.” —submitted by Sara Vakulskas of San Diego, California.

• “I’ll crack this case no matter who takes the fall.” —submitted by Cal Bellamy of Munster, Indiana.

• “Son, practicing law is a tough business. You have to be hard-boiled.” —submitted by Jack Ely of Oklahoma City, Oklahoma.