Cartoon Poll: Which caption is on your wavelength?

Poll: Which caption is on your wavelength? 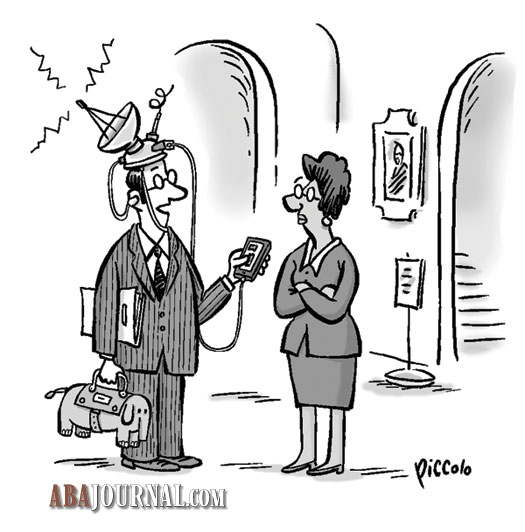 We garnered more than 75 far-out entries for this month’s cartoon. Now it’s your turn to pick which caption is on your radar. The caption with the most votes will appear in an upcoming issue of the magazine.

• “I’m from the satellite office. They brought me in to deal with the elephant in the room.” —Submitted by Joe Young of Cleveland

• “Yes, madam. Any statement you make will be absolutely confidential.” —Submitted by Lewis R. Sifford of Dallas