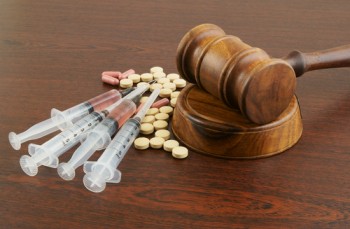 Years of convictions could be at risk following a Washington Supreme Court decision that struck down the state’s felony drug possession law.

The state supreme court ruled Feb. 25 that the state’s strict liability law is unconstitutional because it doesn’t require proof that a defendant knew that they possessed a controlled substance.

The Seattle Times, KIRO 7 News and Crosscut have coverage.

The court ruled in the case of Shannon Blake, who said she did not know that there was methamphetamine in the coin pocket of her jeans. Blake said a friend bought the jeans at a secondhand store and gave them to her two days before her arrest.

The state supreme court said the drug law violated the due process clauses of the state and federal constitutions.

The drug possession law violates due process because it seriously punishes “innocent and passive conduct with no criminal intent,” the court said.

The Washington law is the “only statute in the nation” to punish innocent drug possession, the court said.

The court said it could not save the law by interpreting it to include an intent requirement because of previous decisions holding that the legislature intended it to be a strict liability felony.

The decision was “a much-needed nail in the coffin on the war on drugs,” said Ali Hohman, director of legal services at the Washington Defender Association, in an interview with Crosscut. “This case was cataclysmic.”

Since the ruling, police departments in Seattle and Bellevue, Washington, have announced that they will no longer arrest people under the possession law.

Crosscut reports that the decision has widespread implications.

“All agree that the Blake decision is and will be viewed as a landmark and one whose chain reaction extends well beyond those charged with simple drug possession,” the article reports. “Inmates held on multiple charges may need resentencing; those rearrested for parole violations may have their records cleared; fees and fines may need refunding; immigrants facing deportation for drug felonies may be allowed to stay—the list goes on.”