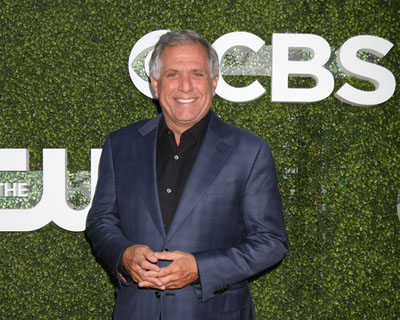 A CBS shareholder filed a lawsuit on Monday that alleges the network made materially false and misleading statements when it submitted securities filings about a code of conduct that bans sexual harassment.

The suit claims CBS told regulators about conduct standards that included a zero-tolerance policy on sexual harassment, yet the company failed to take adequate action when it became aware of sexual harassment allegations against CEO Leslie Moonves and other executives, report the New York Law Journal and the Hollywood Reporter. Nor did CBS disclose the allegations against Moonves and other executives, the suit says.

CBS filed proxy statements with the U.S. Securities and Exchange Commission that said company directors and employees are required to certify compliance with business conduct standards that include a commitment to a workplace environment that is bias-free and harassment-free. Moonves himself wrote a letter to employees about the need to comply with the standards.

CBS’ share price dropped after the New Yorker published allegations on July 27 by six women who claimed Moonves sexually harassed them and that he became cold and hostile after they rejected his advances. Four of the six women reported forcible kissing and touching during business meetings. Moonves released a statement to the publication that said, “There were times decades ago when I may have made some women uncomfortable by making advances,” but he always understood that “no means no.” He asserted that he never misused his position to harm anyone’s career.

The suit, which seeks class action status, was filed in Manhattan federal court by the Pomerantz law firm on behalf of shareholder Gene Samit. It seeks to represent shareholders who bought CBS stock in the four years before publication of the New Yorker article.

The CBS board has hired Covington & Burling and Debevoise & Plimpton to investigate the Moonves allegations, according to CBS News.