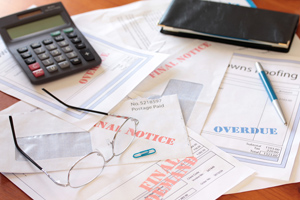 The suit, filed May 17, claims that Forster & Garbus, a law firm headquartered in Commack, New York, filed collection suits in New York courts “on a massive scale,” despite its small roster of attorneys. The firm employed roughly 10 or 11 lawyers between 2014 and 2016, in addition to its two name partners. During that period, the firm filed more than 99,000 lawsuits.

The law firm collected money from consumers who may not actually owe debts or who don’t owe the amounts sought, the suit says.

Historically, unless a consumer disputed a debt, Forster & Garbus generally did not investigate the facts surrounding a debt or request supporting documentation, the suit says. Yet its collection suits contained the names and signatures of lawyers.

The CFPB suit claims that the law firm violated the Fair Debt Collection Practices Act by representing to consumers that lawyers were behind the suits, despite a lack of meaningful involvement. A press release is here. Law.com and Newsday have coverage.

When an account is placed with Forster & Garbus, the suit says, the firm’s software “scrubs the file to determine, among other things, whether the relevant consumer has filed for bankruptcy, is in active military status or is deceased. The software also assesses whether a statute of limitations bars collection.”

Nonlawyers try to collect the debt outside the legal system, and accounts are deemed “suit-worthy” when there is no response to a demand for payment, the CFPB suit says. The accounts are then run against bankruptcy, deceased and military databases. If the files aren’t rejected by one of the scrubs, they go to Mark Garbus, a partner at Forster & Garbus, for review.

Garbus reviews the data provided by clients against the firm’s information on the account. Garbus generally approved suits for more than 90% of the accounts presented to him, the CFPB suit says. After the clerical staff prints the lawsuit, an associate does a review, decides whether to approve the suit and signs the complaint.

One former associate spent only a couple of minutes to review debtor files before approving complaints.

Forster & Garbus began gathering more supporting documentation in 2016 because clients stopped referring accounts to the law firm until it had sufficient information to permit the lawsuits, according to the lawsuit.

Forster & Garbus has denied the allegations and is “fully committed to defending its ethical and compliance practices,” according to a statement provided to Newsday and Law.com by lawyer Joann Needleman, who represents the law firm.

Needleman said the CFPB’s new director, Kathy Kraninger, and its prior acting director, Mick Mulvaney, “have acknowledged that the CFPB should not engage in ‘regulation by enforcement,’ yet the filing of this lawsuit against our firm suggests that this unfortunate trend is continuing.”

The Fair Debt Collection Practices Act doesn’t even refer to a “‘meaningful attorney involvement’ doctrine,” and there is no binding authority governing how the doctrine applies to the allegations in the suit, Needleman said.

Needleman said Forster & Garbus cooperated in the investigation, yet the suit misstated testimony by firm lawyers “and badly mischaracterized the information and documentation we provided.”

Forster & Garbus has implemented “a robust and sophisticated set of policies and procedures that ensures all attorneys in the firm appropriately review information to support pleadings filed in court,” Needleman said.