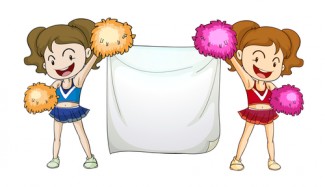 Bible-themed banners displayed by high-school cheerleaders do not violate the establishment clause, a Texas state judge has ruled.

Judge Steven Thomas ruled on behalf of the Kountze High School cheerleaders on Wednesday, report the Associated Press, Reuters, the Houston Chronicle and a press release.

The school district had banned the banners after receiving a complaint from the Freedom from Religion Foundation.

Thomas said he was granting motions for summary judgment by both sides “to the extent those motions are consistent with this order of the court.”

School district lawyer Thomas Brandt said his motion had argued that the banners are the speech of the school and it has the right to control the editorial content, according to the AP story. The school may seek clarification from the judge.

The cheerleaders were represented by the Liberty Institute. On of its lead lawyers, Hiram Sasser, didn’t see any ambiguity in the ruling. “We won and they didn’t,” he told AP.