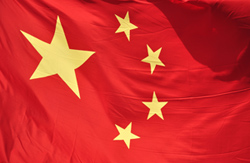 Updated: Blind Chinese lawyer Chen Guangcheng left the U.S. embassy today with Ambassador Gary Locke to get treatment at a hospital for an injury to his foot sustained when he climbed over a wall to escape house arrest.

Early reports suggested a deal had been reached ensuring Chen’s freedom and safety, but later coverage was less optimistic.

A U.S. official told the Wall Street Journal (sub. req.) and the Washington Post in early stories that the activist self-taught lawyer will be relocated to a different part of China where he will be reunited with his family and allowed to attend a university.

According to the early Post report, officials held round-the-clock negotiations with the Chinese government, which had pledged to investigate “extralegal” activities of local officials who essentially confined Chen to his home.

But other reports are less optimistic. A Chinese foreign ministry spokesman criticized U.S. involvement in an interview with the state-run news agency Xinhua and demanded an apology. “The U.S. method was interference in Chinese domestic affairs, and this is totally unacceptable to China,” said the spokesman, Liu Weimin.

In a story published later in the day, Chen’s friends and human rights activists expressed worries to the Washington Post that the Chinese would not keep their word. Chen told the Associated Press in a hospital room interview that he was warned his wife would be beaten to death if he did not leave the U.S. embassy.

According to the Post, “What initially seemed like a potential victory on the human rights front for the U.S. administration spiraled quickly into a potentially worst-case scenario, fueled by a series of updates blasting out regularly on Twitter. Chen was no longer under American protection, but in a Beijing hospital surrounded by Chinese plainclothes police. It was not clear whether Chen had left on his own free will, as U.S. officials maintained, or under coercion.”