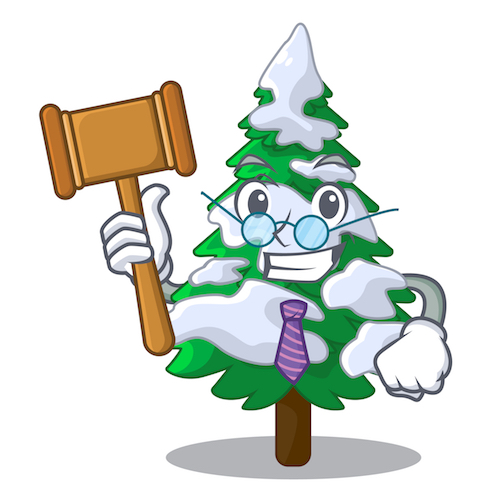 A Minnesota judge has not only complained about the weather—he decided to do something about it.

In a March 7 order, Judge Kevin Burke issued an injunction barring any more snow this winter in specified areas of Minnesota—especially in Hennepin County where he presides. Above the Law, WCCO and the Star Tribune have coverage. Burke identified the plaintiffs as the citizens of Minnesota, represented by the law firm of “Sue, Grabit, and Run.” The defendants were listed as “Minnesota Meteorologists, Old Man Winter and Mr. Snow.”

“This order tests the limits of judicial authority,” Burke wrote. “But it is not a reflexive or petulant act by a frustrated judge. That would be entirely inappropriate. This order is issued because of Article I Section 8 of the Minnesota Constitution, [which] states in relevant part, ‘Every person is entitled to a certain remedy in the laws for all injuries or wrongs which he may receive.’ ”

Burke went on to examine the five factors judges must consider when considering an injunction. All were satisfied.

Factor 3, for example, looks at the likelihood of success on the merits. Burke found no problem. “Simply put, no jury is going to find in favor of the defendants absent a change of venue of this case to Arizona or Florida,” he wrote.