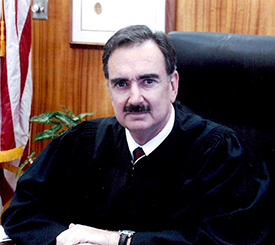 A 2017 Texas law that called for health care providers to bury or cremate fetuses—regardless of a patient’s wishes or religious beliefs—was struck down this week in federal court.

The law was scheduled to go into effect in February, the New York Times reports. Besides abortions, the law applied to miscarriages and ectopic pregnancies, according to the San Antonio Express-News. Previously, the state treated fetal tissue as pathological waste.

In his Sept. 5 opinion, U.S. District Court Judge David A. Ezra found that the burial requirement violated due process and the Fourteenth Amendment, Jurist reports, in that it required healthcare facilities to use “unreliable and nonviable” waste disposal methods that would restrict abortion access. He also found that the law interfered with a woman’s decision to have an abortion by “enshrining one view of the status of and respect that should be given to embryonic and fetal tissue remains.”

The order issued a permanent injunction blocking the law’s enforcement.

Texas Attorney General Ken Paxton has said that he will appeal, the Express-News reports. According to the Houston Chronicle, Paxton’s office has paid anti-abortion activists $500,000 in expert witness fees since 2013.

ABAJournal.com: “Trial on fetal burial law begins with judge’s defense of his motives”