Conservative lawyers speak out about Trump policies, encourage like-minded colleagues to join them 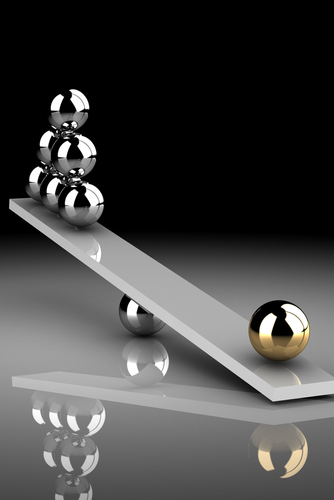 A group of conservative and libertarian lawyers who hope to encourage debate about Trump administration policies have joined a new group called Checks and Balances.

The lawyer who organized the group is George T. Conway III, the husband of Kellyanne Conway, who’s an adviser to President Donald Trump, according to the New York Times and the Washington Post.

Conway told the Times that some conservative lawyers are so pleased with Trump’s judicial nominees and his push for deregulation that they remain silent on other issues, such as Trump’s bashing of the news media and the Department of Justice.

“There’s a perception out there that conservative lawyers have essentially sold their souls for judges and regulatory reform,” he said. “We just want to be a voice speaking out and to encourage others to speak out.”

The Checks and Balances mission statement says it believes in “the rule of law, the power of truth, the independence of the criminal justice system, the imperative of individual rights, and the necessity of civil discourse.” The group also says it believes in the separation of powers, limited government, free speech and freedom of the press.

The Times spoke with group members who had varying concerns about Trump’s actions. Keisler criticized Trump for urging the DOJ to investigate his political opponents and for criticizing the indictments of GOP congressmen. He also is dismayed by attacks on the press. Meyer is worried about “disinformation and spin.” Bellinger also disliked the DOJ criticism, as well as attacks on the press. Ridge is concerned about attacks on the judiciary that undermine judicial independence.

Maleck told the Post that Trump has tried to consolidate and give to himself the power of all three branches of government. “The worst part about it is that he normalizes it,” she said. “Most people don’t realize what he’s doing poses a threat to a constitutional democracy.”

Previous:
When it comes to rape, just because a case is cleared, it doesn't mean it's solved

Next:
Hate missing deadlines? Here's what you ought to know about court-rules-based calendaring software