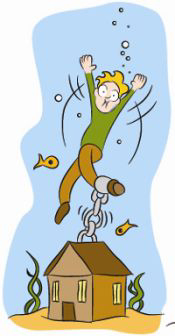 A venture capital firm’s bid to help some struggling homeowners avert foreclosure by using the government’s eminent domain power to purchase their property at actual value is gathering steam.

Several cities in California have agreed to pursue the idea, and others, including North Las Vegas, Nev., are pondering the plan, too, according to the Las Vegas Review-Journal and the San Francisco Chronicle (sub. req.).

Not all homeowners in those cities will qualify to participate in the program, which targets homes that are now worth significantly less than their mortgaged value. The plan envisions negotiating a favorable purchase price under eminent domain, say $120,000 for a home mortgaged at $300,000 that is now worth roughly half that amount, then offering the homeowner a Fair Housing Administration-backed mortgage on favorable terms.

The homeowner would get a new 30-year mortgage at a higher principal amount, such as $150,000, that nonetheless would represent a huge reduction and would still provide a profit to the venture capital firm, Mortgage Resolution Partners of San Francisco.

Banks and others question whether the idea makes sense. Sean Fellows, who represents the Greater Las Vegas Association of Realtors, calls it shortsighted, risky and speculative.

“We oppose the use of eminent domain to take homeowners’ private property for somebody else’s profit, with no public use in mind,” he told the Review-Journal on Friday. “It devalues and destabilizes the market, makes lending much harder and, frankly, raises a lot of legal questions with not enough answers.”