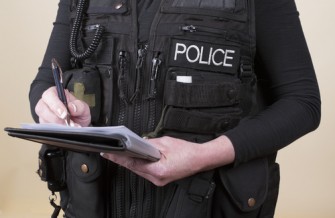 Arrest cards for suspected gang members in Chicago listed occupations such as “scum bag,” “bum,” “criminal,” “dork,” “looser” and “turd,” according to an April 11 report by the city’s inspector general.

The employment entries by Chicago officers show how the police department’s gang information systems can be used “to demean and dehumanize members of the public,” the report says.

The review of the Chicago Police Department’s gang database found insufficient controls for sharing gang data, a lack of procedural fairness for suspected gang members, and data quality issues. Pro Publica, the Chicago Sun-Times and the Chicago Tribune have coverage.

The department doesn’t inform people when they have been designated as a gang member, doesn’t have a process for people to appeal gang designations, and has no internal mechanism to amend inaccurate information, the report says.

The department shares the gang information with more than 500 outside agencies, including immigration authorities and criminal justice agencies.

A gang designation can lead to higher sentences, higher bonds and difficulties in immigration cases.

The report recommends 30 changes that include requiring evidentiary support for gang member designations and notifying people when they have been designated as a gang member.

A pending class action lawsuit seeks to impose more stringent standards on the gang database. Sheila Bedi, a lawyer for the plaintiffs, said in a press conference that the report “vindicated every single claim the plaintiffs filed in their litigation.” She called for police to completely abolish the database.

The Chicago Police Department said it agrees with many of the recommendations, and it plans to create a new system to track gang membership. Officers would be trained in how to use the system, and data would be checked for accuracy, the Tribune and Pro Publica report.

People who admit to being in a gang would have to be recorded making the admission before being added to the database, according to Chicago Sun-Times coverage.

People would have to meet at least two other criteria for being added to the database. They include:

• Sporting gang tattoos or colors not reasonably expected to be worn by someone outside a gang;

• Being identified as a gang member by a reliable source;

• Being charged with a crime in which gang membership is “an element of the offense;”

• And being identified as a gang member by a state, local or federal jail or prison.