Court: Law firm accused of having an on-site bar not liable for death of intoxicated paralegal 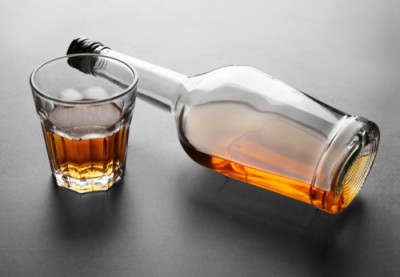 A Florida law firm accused of having a bar on its premises to encourage employees to work longer hours isn’t liable for the death of an intoxicated paralegal, a Florida appeals court has ruled.

The Gladstone Law Group isn’t liable because paralegal Susan Salerno was killed by a train while while walking home—an accident that occurred outside the scope of her employment, according to the June 6 decision by the Fourth District Court of Appeal. The decision upheld dismissal of the case, the Daily Business Review reports.

Salerno was a paralegal for both the Gladstone Law Group, a foreclosure law firm, and Del Mar Financial Service, a legal documentation support firm. The employers knew or should have known that Salerno was an alcoholic because she was required to attend Alcoholics Anonymous meetings, the complaint said. Yet the employers served Salerno so many drinks on June 19, 2013, that she became agitated and was escorted out of the building, according to the suit.

Salerno was struck by a train while on the 10-mile journey home. The estate sued for wrongful death, citing a statute that creates a cause of action against vendors that sell to alcoholics who cause injuries or damages because of their intoxication. The appeals court said the statute applies to vendors, not employers, and controlling precedent on employer liability concerned a different situation.

The prior Florida appeals case, Carroll Air Systems v. Greenbaum, involved a situation where an employee attended a business function where alcohol was served. The employer then allowed the employee to drive while intoxicated, causing a fatal accident. The employer was liable because the employee was acting in the course and scope of his employment, the court said in the 1993 case.

The Gladstone Law Group was sold to the firm’s managing partner last year and rebranded as the Tromberg Law Group, the Daily Business Review previously reported. The Gladstone firm provided a statement to WPBF in June 2013 that referred to Salerno’s death as “an apparent suicide.” Alcohol was never served in the office, and the idea “is simply absurd,” the statement said.

A lawyer for the Gladstone Law Group, John Lurvey, told the Daily Business Review that the firm and its personnel are sympathetic to the family for their loss. “However, we did not feel that factually or legally that responsibility rested with the defendant,” he said.