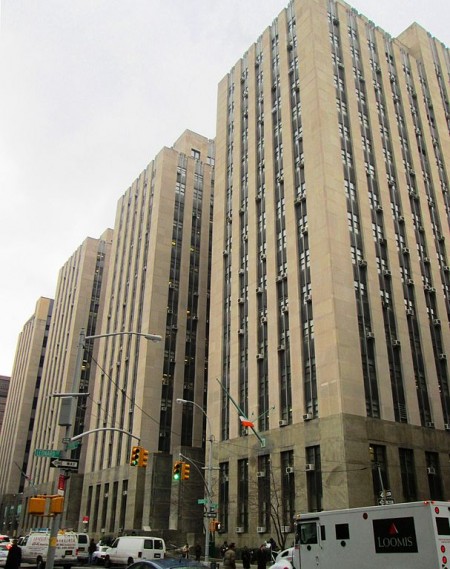 After years of focusing efforts on private prisons, mandatory sentences and money bail, people trying to change the criminal justice system have identified another target: prosecutors. In an influential book last year, Fordham University professor John Pfaff argued prosecutors were the main driver behind the soaring U.S. incarceration rate—almost always unwatched and unopposed. Left-leaning philanthropist George Soros and the ACLU, among others, are recruiting and funding district attorney candidates who promise to curtail the use of the death penalty, expand diversion programs and stop prosecuting low-level crimes. There is even a new stab at a Progressive Prosecutor’s Handbook.

Still, what district attorneys say in public and what they and their staffers do in the courtroom could be worlds apart, and few might ever know. Legislators can be held accountable to a voting record, but much of what prosecutors do goes unrecorded. “A lot of the information we care about — how prosecutors use their extraordinary discretion — is not being captured in any way whatsoever,” said Udi Ofer, who runs the ACLU’s national effort to elect new prosecutors.

Enter local court watchers, groups that ask ordinary people to watch the daily machinery of the justice system and report back what they see. The latest offshoot, Court Watch NYC, launched Tuesday.

In New York, the bail set by a judge is readily available online. The only way to determine other information, such as racial disparities in what bail DAs request or how prosecutors influence a judge’s decisions, is to sit there, says Alyssa Aguilera, an organizer with VOCAL-NY, a community group that helped establish Court Watch NYC.

“Today two people arraigned in Manhattan for dancing on the subway,” the group tweeted during a two-week pilot test this winter. And, “Last night in Brooklyn: DA asked for $1500 bail on someone accused of stealing 4 bars of SOAP.” One of their tweets includes Vance’s Twitter handle with a string of eyeball emojis.

A spokesman for Vance said the office could not track down the subway case without more specific identifiers, which Court Watch NYC did not have.

Organized by a group of public defender organizations, along with VOCAL-NY and the Brooklyn Community Bail Fund, Court Watch NYC sends pairs of volunteers to arraignment courts in Manhattan and Brooklyn, where defendants are formally charged and bail decisions are made. One watcher tracks data such as race, gender and criminal charges; the other records impressions and anecdotes: “judge condescending at times” or “unable to get psych meds.”

“Open courts are one of the great hallmarks of our justice system and we welcome the engagement and public accountability that court observers provide,” said Vance spokesman Danny Frost.

The New York program is modeled after one in Chicago that began in 2008 and has operated periodically since then, organized by a group of local nonprofits calling themselves the Coalition to End Money Bond. While New York’s watchers are focused on prosecutors, Chicago’s are interested primarily in judges: In September of 2017, the Cook County chief justice implemented a new rule that judges should not set bail an amount the defendant can’t afford.

The Chicago program trained 50 volunteers to sit in Cook County Central Bond Court for a month before the new rule went into effect, and then another month afterwards. What they saw encouraged them: the percentage of cases in which the judge set money bond dropped in half after the new rule, and the percentage in which a judge released the defendant without bond doubled. Still, they recorded almost 100 instances where a judge asked the defendant how much they could afford, as required under the rule — then set the bond higher than that. “There’s a big gap between the law on paper and the law as it’s practiced in courtrooms,” says Sharlyn Grace, a criminal justice analyst with the Chicago Appleseed Fund for Justice, which is helping to coordinate the effort. The group is releasing a report with its data on Tuesday.

The Chicago and New York court watcher programs inspired a similar project in California and one that should be up and running next month in Massachusetts.

That is unlikely to be the case in New York. Court Watch NYC’s training materials feature a snappy YouTube video about the importance of prosecutors, and its PowerPoint deck includes headshots and scorecards for both Vance and Gonzalez. The group has trained about 150 watchers so far, with another 150 signed up, Aguilera says. A volunteer from Google is helping run a data analysis team. But data is only part of the point, says Rachel Foran, from the Brooklyn Community Bail Fund. More important is making sure the prosecutors know they’re being watched, with the aim of “shifting court practices and culture,” Foran says.

By contrast, Chicago’s court watching group instructs its watchers to blend as best as possible into the gallery. “Any program that labels the court watchers as court watchers has the effectiveness of a hall monitor,” says Nicole Gonzalez Van Cleve, a sociologist who helped design the Chicago program when it began a decade ago. Van Cleve’s 2016 book, “Crook County: Racism and Injustice in America’s Largest Criminal Court,” was based in part on her court watching efforts there. Without anonymity, she says, “as soon as they leave, they’re going to do exactly what they were doing before.”

Or perhaps not. On Twitter, a spokeswoman for Vance recently got into a tussle with Court Watch over a case in which the prosecutor “asked for $7,500 bail on misdemeanor shoplifting case. Accused person’s last warrant was from 1992.” Joan Vollero, a spokeswoman, tried to explain the defendant had an “extensive criminal history,” including 21 misdemeanor convictions, but the group’s followers weren’t buying it (“If someone had 21 misdemeanors probably means they need psychiatric help and/or services.”)

“I appreciate you keeping us on our toes,” Vollero wrote.

Previous:
Lawyer who once moonlighted as a stripper uses indicted governor's argument in seeking a pardon