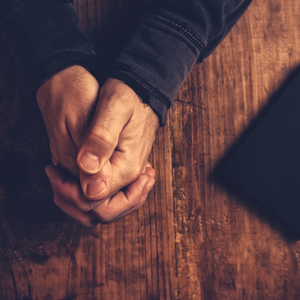 A justice of the peace’s volunteer chaplain program that is open to religious leaders of any faith is probably constitutional, Texas Attorney General Ken Paxton says in a legal opinion.

Paxton said there is probably no establishment clause violation when the chaplains lead prayers at the beginning of courtroom proceedings and provide counseling at death investigations, report the Texas Tribune and the Conroe Tribune in a story reprinted by the Houston Chronicle.

Before courtroom prayers begin, a bailiff provides an opportunity for individuals to leave the courtroom and explains that participation in the prayer will have no effect on decisions, Paxton’s Aug. 15 opinion (PDF) says.

Paxton issued the opinion in response to a request by Texas Lt. Gov. Dan Patrick, a Republican who speaks about his Christian beliefs. The opinion cites the U.S. Supreme Court decision in Town of Greece v. Galloway, which upheld the constitutionality of mostly Christian prayers delivered before town meetings by a chaplain of the month.

Montgomery County, Texas, Justice of the Peace Wayne Mack, who is also the coroner, instituted the program. He received a letter of caution about his chaplaincy program from the Texas Commission on Judicial Conduct, according to Chelsey Youman, chief of staff and counsel for First Liberty Institute. The group represented Mack and issued a statement on his behalf.

“I’m thankful for Lieutenant Governor Patrick’s request for an opinion on this important issue and that Attorney General Paxton made clear that the Constitution permits judges to invite volunteer chaplains to open sessions of court with prayer,” Mack said in a statement.

Sam Grover, staff attorney with the Freedom From Religion Foundation, tells the Conroe Tribune he is confident a federal court would strike down the chaplaincy program if a lawsuit is filed. He said his group is “very much interested in pursuing this case further” if anyone who was exposed to the prayers wants to sue.