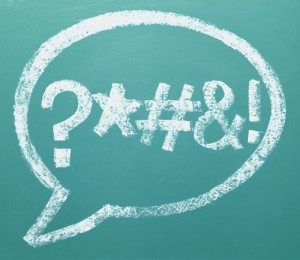 A Connecticut man’s profanity-laced message on a speeding ticket is protected speech under the First Amendment, a federal judge has held.

U.S. District Judge Cathy Seibel ruled that police and prosecutors in Liberty, New York, violated William Barboza’s civil rights when he was arrested for scrawling an obscene message on his payment form for a speeding ticket he got in 2012, the Associated Press, the New York Law Journal and the Huffington Post report.

In a bench ruling Thursday, Siebel also ordered the village to stand trial or explore a settlement on allegations that it failed to properly train police officers regarding the First Amendment. She cited 62 other aggravated harassment arrests in the area between 2003 and 2009 which occurred “because of the use of vulgar words in what may be perceived as a threatening context.”

The judge, in her ruling, said what Barboza wrote, “though crude and offensive to some, did not convey an imminent threat and was made in the context of complaining about government activity,” which is not a violation of the law.

Barboza, a man from Fairfield, Connecticut, was ticketed for speeding in Liberty on May 4, 2012. On his payment form, the then-22-year-old crossed out “Liberty” and replaced it with “Tyranny.” He also wrote “Fuck your shitty town bitches” on the top of the form.

Justice Brian F. Rourke informed Barboza by mail that his payment had been rejected. He also ordered Barboza to appear in court, where he lectured him over his use of obscene language. Barboza was then arrested on a charge of aggravated harassment, handcuffed and detained briefly before being released on $200 bail.

The charge was dismissed the following year. Barboza, with the help of the New York Civil Liberties Union, then sued the town, a prosecutor and two police officers in federal court for allegedly violating his First Amendment right to free speech.

Barboza told the Huffington Post he was gratified by the judge’s decision. “I hope that by standing up for myself, other Americans will not be treated like criminals for complaining about their government with a few harmless words,” he said.