Dad who gave his autistic daughter illegal marijuana is qualified to be her guardian, judge rules 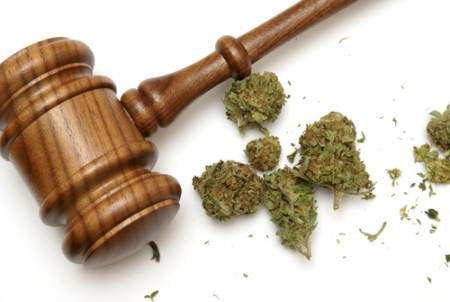 A father who administers cannabis vapor to his severely autistic daughter is qualified to be her guardian, a Texas judge has ruled.

Judge Brenda Hull Thompson ruled that the father, Mark Zartler, and his wife, Christy, are both qualified to be guardians for their 18-year-old daughter, Zara, the Dallas Morning News reports. Such hearings are held for disabled children who cannot live independently after turning 18.

Texas has approved low-THC medical marijuana for “intractable epilepsy,” High Times reported last November. Even for those patients, it is difficult to obtain prescriptions, the Texas Tribune reported last month.

Zara Zartler is unable to speak. She began hitting herself at age 4, breaking her own bones and causing brain damage. Her school documented that she hit herself 3,000 times in one day, and it was a good day when she hit herself fewer than 1,000 times.

Mark Zartler, a software engineer, tried giving his daughter marijuana seven years ago at the suggestion of a neighbor, according to the Morning News article. They had tried using anti-psychotic drugs to calm their daughter, but the medication put her in a zombie-like state. The pot brownie provided by the neighbor worked; Zara stopped hitting herself and took an interest in her surroundings.

Mark and Christy Zartler had hoped to persuade Texas lawmakers to legalize medical marijuana for autistic patients by shooting a video showing Zara having a fit that ends when she inhales the marijuana vapor. Lawmakers didn’t act, and Child Protective Services launched an investigation.

The agency concluded there was reason to believe Mark Zartler had given his daughter the illegal marijuana, which constitutes physical abuse under state law. The report found, however, that it didn’t appear Mark Zartler used the marijuana with his daughter “in an abusive way.”

Zara’s attorney, Ellen Williamson, told the Morning News that the parents were doing a good job, and she saw her role as making the Zartlers prove they are qualified for the guardianship.

Thompson said in her ruling for the parents that it would be in Kara’s best interest to appoint guardians, and both parents were qualified.