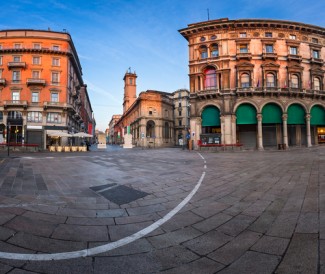 It seems like Dentons is everywhere already, but one country where it had no presence was Italy.

That changed Monday, when the global megafirm officially announced the opening of its office in Milan. The firm stated, in a press release, that it had hired 21 lawyers, including seven partners, and that former DLA Piper partner Federico Sutti would serve as managing partner for the new office. Joining Sutti, who served as DLA’s Managing Director for Europe and Africa, as partners at Dentons will be four other former DLA Piper partners as well as two partners from Italian boutique firm HELP – The Employment Law Plan.

“Italy ranks amongst the world’s top 10 countries by GDP, and is the third largest economy in the Eurozone,” Dentons’ Global Chairman Joe Andrew said in the press release. “The launch of our Milan office marks another important milestone towards achieving our objective of becoming the world’s leading law firm, capable of offering clients premium counsel in all of the places they do business.”

The firm was also pleased to add Sutti and his fellow attorneys from Italy. “Federico and his team are recognized as some of Italy’s most reputable lawyers in their respective areas of focus,” Dentons Global CEO Elliott Portnoy said in the release.

The entry into Milan is the latest move for the rapidly expanding megafirm. In January, the firm combined with Chinese giants Dacheng and announced a merger with McKenna Long & Aldridge in April. That same month, Dentons opened an office in Budapest after acquiring a 30-lawyer team from White & Case.

After the McKenna Long merger, the firm announced that it had 6,600 lawyers under its umbrella and that it would continue to pursue expansion opportunities. “There is no logical end [to the firm’s growth],” Portnoy said in April. “We’re going to be driven by our strategy.”