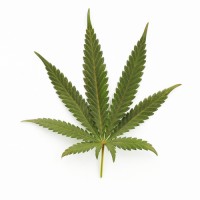 How do you determine if someone with THC in their blood was driving under the influence? It’s an imperfect science, say Oregon cannabis supporters and law enforcement. Voters there in November will decide if the state should decriminalize marijuana for recreational use.

A key issue, the Oregonian reports, is whether the decriminalization of marijuana will mean more impaired drivers in the Beaver State. Unlike Colorado and Washington law—which considers someone with more than 5 nanograms of active THC in his or her bloodstream to be an impaired driver—Oregon’s ballot measure does not set a THC limit. Instead, police officers would have discretion to identify if a driver was impaired from marijuana use.

Some say that including THC levels to determine whether a driver was impaired could lead to wrongful convictions. The article mentions a 2000 study by the British government, which found that while blood levels of THC peaked about 10 minutes after someone smoked cannabis, users felt the highest levels of euphoria about 30 minutes after smoking.

Also, scientists haven’t established a connection between THC and a driving impairment level, according to the article.

“The concentration of THC in the blood does not correlate to the effects,” Robert Jones, an Oregon State Police forensics lab supervisor, told the Oregonian.

The article mentions Samuel Martin Kitto, an Oregonian man charged and convicted of assault and driving under the influence.

After smoking marijuana at an all-night party in the Oregon woods, Kitto, then 19, says he fell asleep while driving and hit another car that was carrying a mother and daughter returning from a hike. The accident resulted in the other car’s passenger having a broken back and internal injuries. Kitto broke his leg. One of his passengers had a broken rib, and another broke her back.

The Clatsop County district attorney’s office based its case on observations. Kitto admitted that he fell asleep while driving, but he denied that he was impaired. In 2013, a jury found him guilty of driving under the influence, as well third- and fourth-degree assault, which was downgraded from what the government sought.

“In fairness, I can’t say this guy was entirely under the influence of marijuana,” Josh Marquis, the Clatsop County district attorney, told the newspaper. “I think the jury wasn’t all that sure, either.”