Did some agencies violate the Antideficiency Act by staying open during the shutdown? 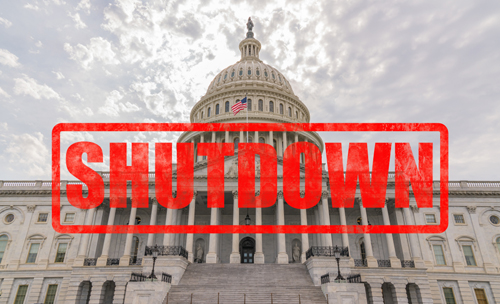 Some legal experts are questioning whether the government violated the Antideficiency Act by keeping some parks open and some agencies operating during the three-day government shutdown that ended on Monday.

Among those questioning those decisions was Elaine Kamarck, a senior fellow at the Brookings Institution in Washington, Bloomberg Politics reports.

The Antideficiency Act bars federal agencies from authorizing obligations in excess of appropriated funds, except in cases involving the safety of human life or the protection of property, according to this summary. The U.S. Justice Department had interpreted the law to require a delay in its civil litigation absent a need to protect life or property.

Still open during the shutdown were National Zoo, the Smithsonian museums, national forests and some parks, though staffing was limited, the Bloomberg article reports. Most workers at the Environmental Protection Agency stayed on the job through the use of “carry-forward” funds.

The decision to keep some functions operating was the result of a decision to “minimize the impact on the American people,” according to press secretary Sarah Huckabee Sanders. A White House memo had urged agencies to explore “every legal way possible” to keep agencies running, including through the use of “carryover funds.”

A taxpayer who sued the government for a decision to continue operation probably would not have standing, according to Adam White, director of the Center for the Study of the Administrative State at George Mason University. But there could be a suit brought by a person targeted by a regulatory enforcement action during the shutdown who argues it was not authorized, he said.

Douglas Holtz-Eakin, president of the American Action Forum, disagreed with experts who saw a potential violation. He told Bloomberg that transferred funds were being used, so there was not deficiency.