Did This Year’s Voting Persuade You That Election Law in the US or Your State Needs Updating? 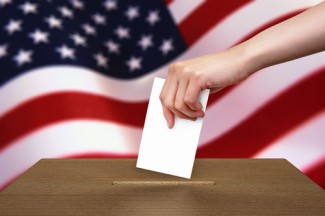 The results are in for the 2012 election—in fact, the results of the presidential election were announced before many votes in the battleground state of Florida—where many voters waited six hours or more to vote—were counted. University of California, Irvine law professor Richard Hasen suggested at Election Law Blog that congressional legislation to remedy such waits is in order.

News coverage in recent days has also noted that while in Ohio it’s a misdemeanor to make a false statement in a political campaign, that law is rarely enforced; provisional ballots in Ohio are not counted until after Election Day; and if you are in Ohio or a number of other states you have violated the law if you brought a smartphone into the voting booth and snapped a picture.

So this week, we’d like to ask you: Did this year’s voting persuade you that election law in the U.S. or your state needs updating? If so, tell us why and how.

Posted by OKBankLaw: “I would amend Article 1, Section 2, Clause 3 to the following: ‘The number of representatives shall not exceed one for every thirty thousand [and no single Representative shall represent a district consisting of more than sixty thousand as determined by the census].’ “