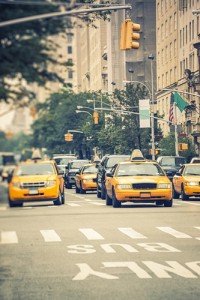 A disbarred lawyer won’t be able to drive a cab in New York City as a result of a ruling by a New York appeals court.

An investigator with the commission had cited Levine’s criminal convictions for stealing client funds and participating in a scheme to bribe insurance adjusters. The investigator said those crimes created a risk the Levine would engage in “unsupervised financial transactions” with customers.

At the time Levine sought the taxi license, he still owed $300,000 in restitution.

New York law says licenses or employment shouldn’t be denied based on a conviction—unless there is a direct relationship between the crimes and the job or license being sought, or there is a risk to the public. A trial judge ruled on behalf of Levine, noting that he was seeking treatment for gambling addiction, had passed a drug test and a taxi driving class, and was a military veteran.

But the appeals court said Levine’s criminal offenses “bore a direct relationship to how he dealt with persons who hired him for services.” The appeals court also said Levine had “minimized his culpability” in his interview with the commission investigator.