Do you think humor is helpful or harmful in the courtroom, and why? 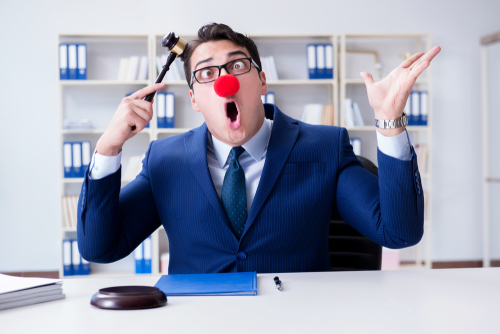 Does comedy or humor work in the courtroom? Sometimes, writes Philip N. Meyer in a September 2016 ABA Journal article, “but you have to be careful when and how you use it. And always know what the purpose is and who is the subject and object of the humor.” Janet Kole also pointed out in 2015 that humor can backfire.

Two recent Your Voice columns give varying opinions the use of humor. Marcel Strigberger argues that humor is admissible in law practice, and John G. Browning says the use of humor in the courtroom is no laughing matter.

This week, we’d like to ask: Do you think humor is helpful or harmful in the courtroom, and why? Have you used jokes in court? Did they benefit or hurt your case? Is there ever a good or bad time to use humor in the courtroom?

Check out last week’s question: Who’s your favorite SCOTUS justice and why?

“On the current court? Sotomayor. On past courts? Too many to name, but I agree with Brandeis. Also the first Justice Harlan. Earl Warren as a chief that brought the promise of individual rights into the modern era. O’Connor because of her practical experience at the state level.”