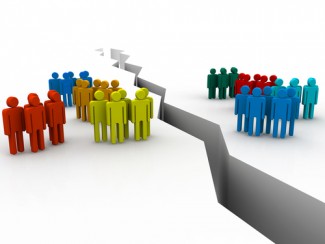 University of California at Berkeley’s law dean is explaining his school’s “critical mass” policy that left some of its first-year sections without any black students.

Berkeley Law Dean Sujit Choudhry sent an email to the law school community explaining that the policy is intended to create a more positive experience for underrepresented minorities by grouping them together to create a critical mass, the Daily Californian reports. His email comes after a critical post at Above the Law Redline, which said the policy appeared to be segregating black students.

Redline explains how the policy worked: Berkeley divides its law classes into nine sections, called “mods,” in which students take most of their mandatory classes together. Each mod feeds into one of three “super mods.”

Four of the mods have a critical mass of black law students and some have none, though all of the mods have students of color, including Hispanics and Asian-Americans, Choudhry told Redline. That has left one “super mod” without any African-American students, according to Redline and the Daily Californian.

Choudhry says the school adopted the policy after some minorities complained last year that they felt isolated when they were the only members of their racial group in a class. In his email to the law school community, Choudhry said the critical mass system “can help dispel stereotypes that others may hold because people see that not everyone from a particular group is alike.”

The UC Berkeley chapter of La Raza Law Students Association supports the critical mass policy, according to the Daily Californian. The group cites studies finding that being the only member of a racial or ethnic group places pressure on that person to perform well as the representative of their group and creates fear that poor performance will confirm negative stereotypes. The group calls for greater diversity and inclusion at the law school.

Redline author Elie Mystal wrote that he has been in many classrooms where he has been the only black kid. “You feel like you are unfairly tasked with speaking ‘for your race,’ when you really just want to zone out and play spider solitaire like everyone else,” he writes.

But Mystal says grouping minorities together doesn’t make anyone feel more comfortable. “You’re still singling people out, based on the color of their skin,” he writes. “If Berkeley doesn’t have enough black students to go around, that might be a sign that they should (ahem) admit more black students, not group the ones they have into a token section that achieves critical mass.”

The Daily Californian points to California’s Proposition 209 barring the consideration of race, sex or ethnicity in admissions as a reason for a decline in diversity at the law school. The U.S. Supreme Court will consider the constitutionality of the use of race as a factor in admissions this term in the case Fisher v. University of Texas.