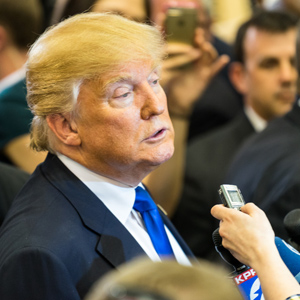 The stories vary on the exact number of names remaining on the shortened shortlist, Above the Law reports. CBS legal correspondent Jan Crawford has said the number is five while Politico says the number is eight.

Above the Law says both are solid conservatives, they are not coastal elites (Pryor is from Alabama and Sykes is from Wisconsin, and neither went to a top-14 law school), and they have two powerful backers. Pryor is friends with Trump’s pick for attorney general, Jeff Sessions, and Sykes has support from Trump’s incoming chief of staff, Reince Priebus, according to Above the Law. “This type of stuff might sound silly,” the blog says, “but in D.C. circles, connections matter.”

Above the Law gives the edge, however, to Sykes. Pryor has previously criticized Roe v. Wade, calling it the “worst abomination in the history of constitutional law,” which could hurt his confirmation chances. And a Sykes selection would help increase diversity on the court. The blog even believes Trump could be swayed to choose Sykes based on in-person interviews.

Jeffrey Toobin also predicts a Sykes nomination in his New Yorker predictions about the top legal stories of 2017. Meanwhile the FantasyJustice website was listing Judge Neil Gorsuch of the Denver-based 10th U.S. Circuit Court of Appeals as the top vote getter among those making predictions. Pryor was in second place, as of Monday afternoon.

Politico calls Sykes and Pryor “two of the most discussed names” on the shortlist. The website puts Sykes, Pryor and Gorsuch on the shortened shortlist (Crawford doesn’t list Gorsuch), along with:

• Judge Raymond Kethledge of the Cincinnati-based 6th U.S. Circuit Court of Appeals (not on Crawford’s list)

At his Wednesday press conference, Trump told reporters he was working off a list of 20 potential candidates and hoped to name a nominee within two weeks of taking office.

Updated Jan. 11 to include information from Trump’s press conference.