Drunken taxi incident leads to lawyer’s suspension; she was a former radio host 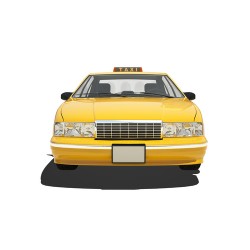 A New Orleans lawyer has been suspended from law practice after convictions stemming from alleged drunken sexual advances on a taxi driver.

The Louisiana Supreme Court suspended lawyer Jennifer Gaubert from law practice for a year and a day in a decision on Monday, report the New Orleans Advocate and the Legal Profession Blog.

Gaubert’s radio show, Law Out Loud, ended soon after the April 2012 taxi incident. She became ineligible to practice law in June 2017 after she failed to comply with continuing legal education requirements.

Cab driver Hervey Farrell told police he had been sexually assaulted by Gaubert during the cab ride. According to the New Orleans Advocate, he told a dispatcher that Gaubert “whipped out my penis and was trying to give me oral sex and I said no.” Farrell had taken a sexually explicit video of Gaubert during the ride. He filed a civil suit against her in March 2013.

A month after Farrell filed suit, Gaubert reported to police that Farrell had emailed the video to a friend who had hailed the cab for Gaubert. Gaubert alleged that Farrell had told the friend, who is also a lawyer, that he could make the charges and video “go away” for $1,000. Farrell was arrested and spent about 30 hours in jail. After an investigation, Gaubert was charged with false swearing for making the report.

Gaubert was convicted of battery in April 2014 for the encounter with Farrell, and she was convicted on the lesser charge of criminal mischief in a January 2015 trial on the false swearing charge. During the trial, Gaubert’s friend said she did receive a copy of the video, as well as a demand for up to $60,000 during settlement negotiations in the civil suit.

But the friend said she never received an email from Farrell or his attorney requesting $1,000 to make the charges and video go away.

Farrell also had filed a federal civil rights suit over his arrest. He received a $40,000 settlement, according to the New Orleans Advocate.

The Louisiana Supreme Court said Gaubert had violated an ethics rule barring commission of a criminal act, especially one that reflects adversely on a lawyer’s honesty, trustworthiness or fitness as a lawyer. “By her convictions, respondent violated duties owed to the legal profession, causing substantial actual injury to the public and to Mr. Farrell,” the court said.

Corrected on Feb. 13 to state that the court is the Louisiana Supreme Court.

Next:
First female clerk to a federal appeals judge dies at 94