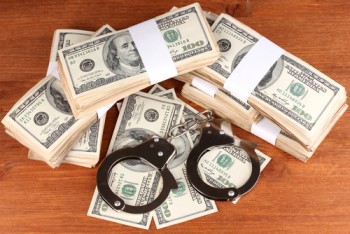 A former Wisconsin lawyer has been accused of securing $30,000 from an inmate’s parents based on false promises that much of the money would be used to bribe a federal prosecutor, federal judge and probation officer.

None of those officials were even aware of the alleged scheme and did not receive any bribes, report the Milwaukee Journal Sentinel and a press release.

The lawyer, 50-year-old Mark Ruppelt of Slinger, was charged with wire fraud after a new lawyer for the inmate contacted the FBI, according to the Journal Sentinel. The inmate recorded several calls with Ruppelt, who resigned from the Wisconsin bar on Jan. 10, the newspaper reports.

A plea agreement filed with the court on Friday said Ruppelt had agreed to plead guilty to three counts in a federal information. He also agreed to pay restitution of $24,000, which represents the money still owed to the inmate’s parents after Ruppelt returned $6,000.

Ruppelt returned the $6,000 after the inmate’s mother filed complaints with lawyer regulators and the U.S. Justice Department, prosecutors say.

According to the information, Ruppelt told the inmate he was “willing to do things that other lawyers are not” and that is how he could get around impediments to a sentence reduction. He allegedly told the inmate not to put anything in writing because “there can’t be any written trace of this.”