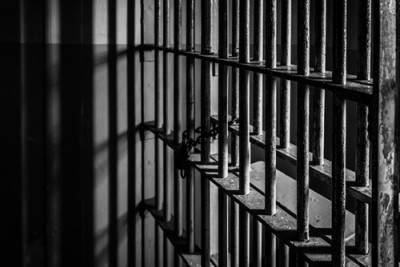 An 83-year-old former city council member in Cedar Lake, Indiana, told investigators he shot and killed the prominent lawyer who handled his taxes as a “spur-of-the-moment thing,” according to court records in the case.

William Landske was charged Friday with murder in the shooting death of Edward “Ted” Page, of Hobart, Indiana, a part-time magistrate and public defender who also taught courses at the National Judicial College in Reno, Nevada. NWITimes.com and the Post-Tribune have stories.

Page, 64, had been trying to place Landske in adult protective services because of fears a family member was trying to take advantage of him, according to one of Page’s daughters. Landske told police after the shooting that he was “losing his marbles slowly,” the article reports, citing court records.

Landske had gone to Page’s home to retrieve tax documents Page had prepared over the years for Landske and his late wife, Sue, a former state senator. Landske asked Page if they could talk, put his arm around Page, and then fired his gun into Page’s stomach, according to police. Page was shot four times.

Lt. James Gonzales of the Hobart Police Department announced the charges and described the alleged crime in a news conference on Friday.

Landske told investigators he was upset because Page was taking too long to prepare the tax documents, according to Gonzales. Landske told investigators that, when he saw the bags of tax documents, “that’s when I went over the deep end.” But there was no indication that tax officials were trying to seize property because of a tax issue, Gonzales said.

Court records indicate that Landske told police, “I don’t know if I intended to kill him, but what else happens when you shoot somebody?”

Landske told investigators he always carried a gun. Gonzales said that was a bad idea. “I don’t believe that he should have lawfully owned a firearm,” Gonzales said, basing his assessment on his own interview with Landske.

But Gonzales said he didn’t think Landske was suffering from dementia. Landske said he knew right from wrong, though he didn’t know the day of the week, Gonzales said.

Landske’s lawyer, Larry Rogers, told NWI.com that “this is completely out of character” for Landske. “Something has happened, something is drastically wrong and we need to get to the bottom of it,” he said.