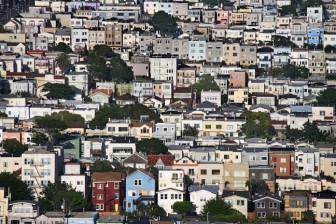 Lots of folks are complaining these days about the evils of subprime loans and their connection to the record wave of mortgage foreclosures sweeping the nation.

Now, with humongous jumps in interest rates looming in the fall and winter for many borrowers who took out of the risky loans, federal regulators appear poised to do something about it.

But it’s not as if anyone should be surprised, one expert said Sunday.

“This train wreck has been coming,” University of Virginia bank management professor Richard F. DeMong said in opening a panel discussion on the subprime crisis. “We’ve known it was coming. … What happened is that we just ignored it.”

Signs of trouble have been evident for some time, DeMong told the forum sponsored by the ABA Section of Business Law.

First, as subprimes began to take off in the late 1990s, so did the appetite to bundle the loans and sell them as bonds on the financial markets. Foreign investors were more than willing to help, by pouring $1 trillion to the U.S. markets in 2006, tripling their outlay just since 1999. Increased competition among lenders led to slipshod underwriting where many borrowers could take a loan for as much as a home’s full value with little or no proof of income or ability to repay.

And many investors simply ignored or didn’t realize the risks of buying bonds backed by real estate that may wind up in foreclosure.

“They just assume that if you have no risk, then you can do whatever you want,” DeMong said.

After all, there was a lot of money to be made on the high-yield securities backed by perhaps even riskier mortgages. Some hedge funds can see as much as 100 percent return on their investments, DeMong said. But though they’re supposed to make the dream of home ownership a reality for millions of Americans, conditions and fees attached to subprime loans can drive up their cost so quickly that many unsophisticated borrowers instead wind up unable to pay. They face foreclosure before they know what happened.

They have a technical term for that at the Center for Responsible Lending, a consumer advocacy group in Durham, N.C.

So in response, the Federal Reserve Board is considering regulations to protect homeowners from some of the more onerous provisions that get people in trouble, such as prepayment penalties and lack of escrow accounts for taxes and insurance, both extremely rare in traditional financing. The action, expected by the end of the year, comes as adjustable interest rates used in about 80 percent of subprime mortgages are scheduled to reset for some $600 billion in loans. Many borrowers may see their house payments climb to as much as 60 percent of their income. Eakes and others wonder what took the Fed so long.

“I feel like I have wasted the last eight years of my life trying to get some action,” Eakes said.

“In order for the market to learn, I think the market has to feel some pain,” Lum said. “They need to know the risks that were, and still are, out there.”