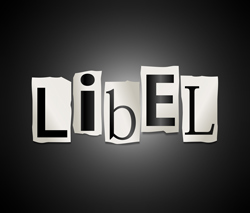 A University of Florida professor’s emails are public records that trigger the state’s fair reports privilege, a federal judge has ruled in tossing a libel case against the New York Times.

U.S. District Judge Mark Walker of the Northern District of Florida ruled Wednesday against University of Florida horticulture professor Kevin Folta in an opinion that criticizes politicians’ attacks on the news media. The Tallahassee Democrat has coverage.

“Given the current climate, it is important to recognize the critical nature of the privilege and the necessity of its expansive application,” Walker wrote. “Today’s environment has created a unique prism for defamation actions and the protections intended to ensure a free press. When politicians plan to ‘open up our libel laws,’ and then after winning elections, continue to pummel the press and decry anything unflattering as ‘fake news,’ it is clear that the Fourth Estate is under attack.”

Walker said he has “sympathy for and understanding of” Folta’s case, but a cramped reading of the fair reports privilege “would contribute to the ongoing chipping-away of the rights and privileges necessary to the press’s ability to play its intended role as government watchdog.”

The fair reports privilege is a qualified privilege for the news media to report accurately on information received from government officials. Most of the statements in the article that Folta targets are protected by the privilege because they are a fair and accurate description of public documents, Walker said.

The protection is broad, Walker emphasized. “Protection of the privilege is not lost, for example, by colorful language or a failure to look beyond the government documents for verification. Editorial style is expected, and news media can phrase their coverage to ‘catch … the readership’s attention,’ ” Walker said, quoting from another Florida opinion.

Other statements in the article that are based on an interview with a different professor are not capable of a defamatory meaning or are privileged statements of opinion, Walker said.