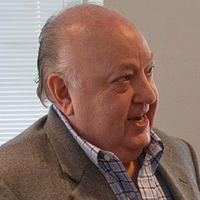 But lawyer Susan Estrich considers Ailes a long-time friend who is being convicted by the media, the Washington Post reports.

“The man described by the media is simply not the man I know,” Estrich told the Post in an email. “I don’t think anyone in the business has done more to promote the careers of women than Roger.”

The Post story says news of Estrich’s representation of Ailes caused “a minor shock wave” in feminist and legal circles. Estrich has written about the obstacles faced by women who file sex-harassment complaints, the “nuts and sluts” defense in rape cases, and the second-class status of acquaintance rape.

Estrich has served as a liberal commentator on Fox News, and she says the building “is full of people Roger has helped, and stood by when they faced problems. He had stood by me every time.” When she was hospitalized in 2014, Estrich says, Ailes checked on her and paid her even though she could not appear on TV.

The Post points out that Estrich “hasn’t always been doctrinaire in her advocacy.” She argued that Paula Jones, who accused President Clinton of sexual harassment, was manipulated by Clinton opponents. She also criticized a Los Angeles Times article alleging that Arnold Schwarzenegger had groped women, then joined Schwarzenegger’s transition team.

“Susan Estrich has published scholarly articles showing that real victims of sexual harassment are frequently unfairly attacked and not believed,” Nancy Erika Smith, Carlson’s attorney, said in a statement to the Post. “However, after being hired by Ailes, she has done a complete reversal, and attacked my client, Gretchen Carlson, and other victims of Roger Ailes, as liars. … Frankly, I am saddened by Ms. Estrich’s apparent abandonment of her principles.”

Slate’s XXFactor blog notes the Washington Post article. “Whatever Estrich’s reasons for defending Ailes—and even if her decision to do so forestalls the march of social progress—she’s not wrong to point out that our ongoing reckoning with sexual harassment and assault sometimes fails to balance justice for individuals against the campaign for a more just world,” according to Slate.