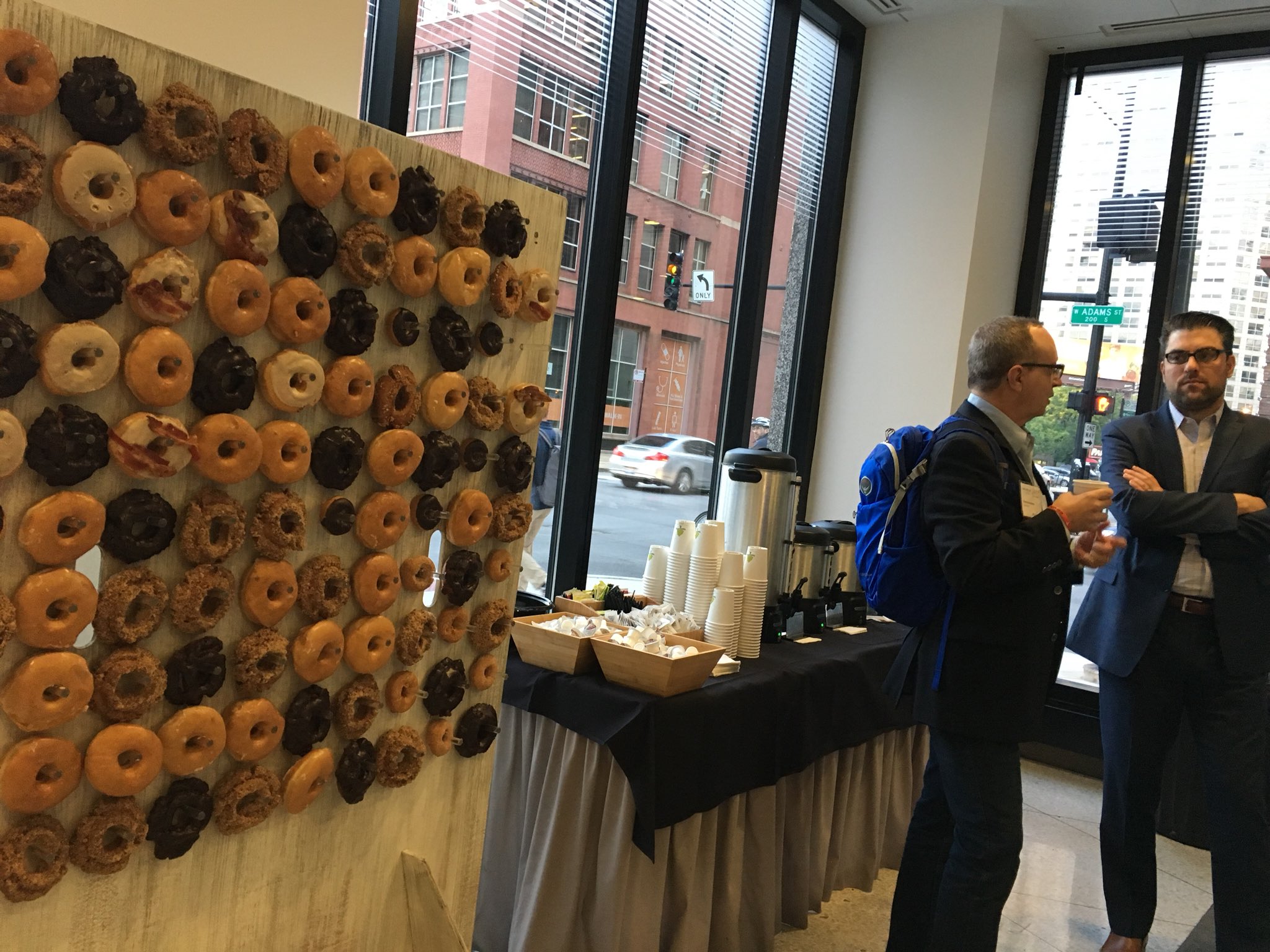 In its second year, a Chicago legal technology conference expanded beyond its founding focus on cryptocurrencies, litigation funding and other financial innovations.

The Fin (Legal) Tech conference on Oct. 19 drew 350 attendees to Chicago-Kent College of Law at Illinois Tech. Organized by Daniel Martin Katz, director of The Law Lab at Chicago-Kent College of Law, the conference presented a series of 15-minute TED-style talks covering a wide-range of topics, including blockchain, analytics and access to justice.

The brief presentations meant that anyone who wanted more than a token understanding of cryptocurrency would have to do their own homework after leaving the conference. However, the presentations gave enough information such that attendees would be able to take several ideas home to guide them if they wanted to follow up.

Here are 10 things learned from this year’s speakers:

1. Thing 1 and Thing 2. Technology enhances two things lawyers do, according to Katz: It helps them assess risks by quantifying them, and simplifies the legal process by “reducing socially meaningless friction.” The fluid Fin (Legal) Tech schedule flows from these two concepts pulled from organizer Katz’s hat.

4. Keeping tabs on analytics. An early adopter of risk modeling, Wendy Rubas says she learned early on that bound reports with tabbed dividers gather dust, while a few charts or graphs can spark a discussion. As general counsel for medical-office administrator VillageMD, Rubas advises lawyers to develop a narrative to support their statistics, and to be prepared when co-workers criticize their technique. “If you’re not ready, it’s gonna hurt your feelings,” she said. But that means the stakeholders are engaged.

7. Lawyers: Do we get the job done? LegalZoom co-founder Eddie Hartman ruminated on the gap between people not getting legal help and lawyers looking for work. “Price is just a measure of value,” Hartman said. “When price no longer measures value, that’s when bad things happen in the market.” That’s not to say that lawyers don’t deliver value. “Lawyers wrote the Constitution,” Hartman offered. “That’s a neat thing.”

8. Arc bends toward justice. Even as most tech initiatives are oriented to the bottom line, access to justice still rouses legal-tech practitioners. Road to Status, a website that prepares immigration paperwork, drew audience applause when co-founder Javad Khazaeli announced that it had prepared 550 free filings for Deferred Action for Childhood Arrivals renewals. Illinois Legal Aid Online was one agency that referred clients in the weeks before a Oct. 5 Trump administration deadline.

9. Nonlawyers get their props. Project manager Kim Craig, a SeyfarthLean Consulting Lean Solutions managing director, brought a trunkful of design-thinking gimmicks, from Post-It notes and craft markers to cartoon decals that represent client personas. Proud nonlawyer Craig says these simple tools draw out insights in multidisciplinary team workshops. At the end of her segment, she asked attendees who were not practicing attorneys to stand. At least half the audience rose. “You are the difference!” she raved.

“We are moving into an era of Frankenstein contracts,” Katz wryly commented offstage after Wood’s session, “partially computable and partially natural language. Indeed, they might always remain in this form and never become fully computable.”

Networking breaks also mixed things up, with a smoothie bar and other sweet disrupters. A wall of doughnuts made this reporter flash back 40 years, when Moore’s Law was still a novelty and desktop computers had limited capacity. Text was printed out as punched tape, then coiled up and dangled from a pegboard, as a computer storage solution. Technology’s capacity has grown, yet law hasn’t shed some old hangups.

Participants kept up an active tweet stream at #finlegaltech. The Law Lab will post video from the event with first-year presentations at thelawlabchannel.com. 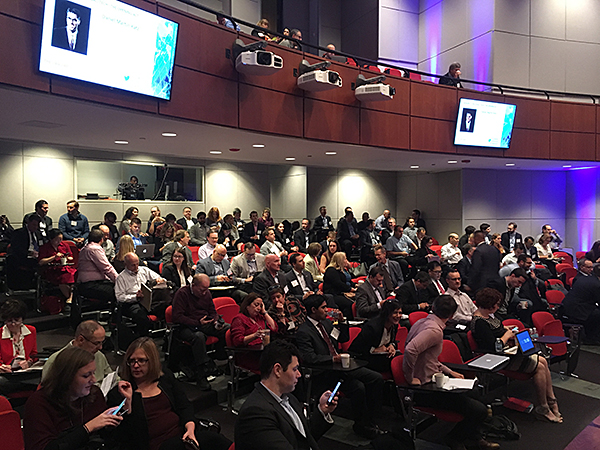 The 350 attendees took in 15-minute presentations, a format closer to TED talks than technical presentations.