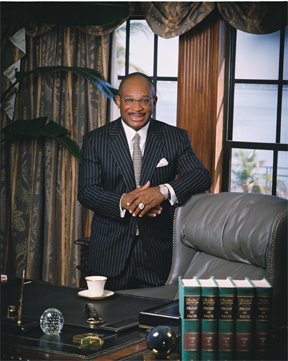 The Georgia Supreme Court has ruled that Florida trial lawyer Willie Gary isn’t responsible for $462,000 in back child support and he can’t be held in contempt for failing to pay it.

At issue was whether Gary had agreed to pay $14,000 a month in support for both—or each—of two children he fathered with an Atlanta woman, the Atlanta-Journal Constitution reports. A trial judge ruled the agreement called for him to pay the amount for each child, a total of $28,000 a month.

But the trial judge specifically said in clarifying her decision that Gary did not have to pay prior support he had withheld in the dispute, the Georgia Supreme Court ruled (PDF). As a result, an appeals court had no authority to hold Gary in contempt for failure to pay.

The children’s mother had sought $462,000 in back support payments. She now receives only $5,000 a month in support under a more recent ruling by the trial judge, the newspaper says.