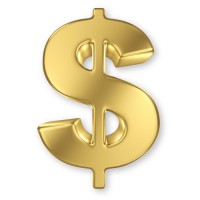 A foreclosure law firm in New York is accused in a federal lawsuit of overbilling Fannie Mae by inflating costs for mortgage-related services offered by its wholly owned affiliates.

The Plainview-based law firm Rosicki, Rosicki & Associates is accused of violating the False Claims Act in a March 27 complaint that seeks triple damages. The federal government filed the complaint as an intervenor in a whistleblower lawsuit, according to a press release by the U.S. Attorney for the Southern District of New York.

Rosicki then billed the mortgage servicers for the expenses knowing they would be submitted to Fannie Mae for reimbursement, the complaint says.

Rosicki, Rosicki & Associates gave a statement to Long Island Business News and the Housing Wire, which both covered the lawsuit.

“For over a quarter-century, Rosicki, Rosicki and Associates has been a highly-respected leader in the housing mortgage industry and widely admired for its dedication towards improving the broader community,” the statement said. “The charges leveled against the firm are based on questionable legal theories, have no merit and will be vigorously challenged in court.”