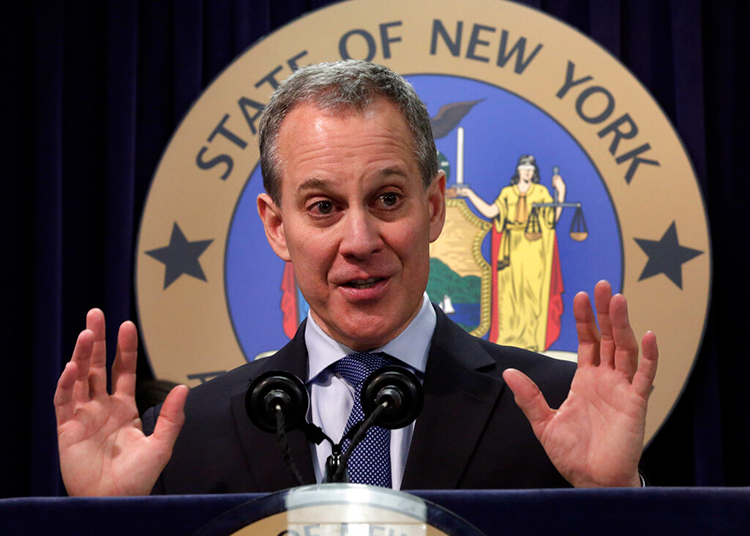 Former New York Attorney General Eric Schneiderman will be suspended from law for one-year for physically abusing two women during long-term relationships and a third woman, a lawyer, during a romantic encounter.

According to stipulated facts cited in the opinion, Schneiderman placed his hands on the necks of the two women with whom he was in long-term relationships “and applied pressure without obtaining consent.” He also slapped the women and was verbally and emotionally abusive toward them.

He also slapped the lawyer twice during a romantic encounter.

Schneiderman conditionally acknowledged that the conduct adversely reflects on his fitness as a lawyer.

The Attorney Grievance Commission had opened its investigation after a May 2018 New Yorker article contained allegations by four women that Schneiderman had physically abused them. Schneiderman resigned as state attorney general hours later.

Schneiderman began weekly therapy sessions with his psychiatrist in May 2018 and completed a one-month inpatient alcohol rehabilitation program, the appeals court said. He has also become an active member of Alcoholics Anonymous and has publicly acknowledged he is a recovering alcoholic.

Schneiderman’s psychiatrist has described him as an “ideal patient” who is “both sincere and highly motivated” and “has a genuine interest in understanding how his upbringing has shaped his relationships, behaviors and career choices,” according to the appeals court.

Schneiderman has no prior instances of discipline and cooperated in the investigation. He “has engaged in community service work, he is well regarded in the legal community, and he has a superlative reputation for the character traits of honesty, integrity, civility, nonviolence and adherence to the standards of professional ethics,” the appeals court said.