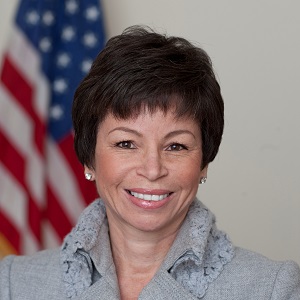 Valerie Jarrett, who served as senior adviser to President Barack Obama, will return to the University of Chicago in January as a distinguished senior fellow with the law school.

Jarrett’s work will focus on community engagement rather than academics, Marsha Ferziger Nagorsky, the law school’s associate dean for communications, told Crain’s Chicago. But the job does require participation in 10 classes, seminars or conferences, the Chicago Sun-Times reports.

Jarrett told the newspaper she expects to do more than that, and the amount of time she will spend at the university is “open ended.” Her father, James Bowman, was the first black professor with tenure in the university’s Division of Biological Sciences, and her mother Barbara Bowman, a faculty founder of the Erickson Institute, taught at the University of Chicago Lab School while getting a masters degree in education at the university.

“We are thrilled to welcome Valerie Jarrett back to the University of Chicago,” Thomas J. Miles, the law school’s dean, stated in the announcement. “Her extraordinary career, which encompasses legal practice and corporate leadership, as well as public service at both the local and highest national levels, is an inspiration to our students. Her deep expertise in many areas will be a tremendous resource for students and faculty alike.”