Do you think character and fitness standards for the bar are too lenient or too harsh? 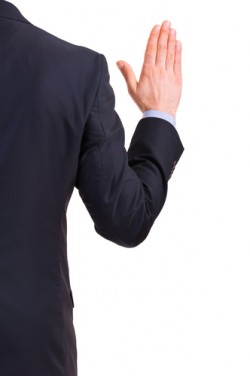 This week, the California Supreme Court denied disgraced fabulist Stephen Glass admission to the state bar on character and fitness grounds, noting the duration of his journalistic dishonesty in the 1990s and his subsequent efforts to avoid detection.

Was the court too harsh? Above the Law assistant editor Joe Patrice noted a Slate column by David Plotz, the husband of one of Glass’ then-editors at the New Republic, that called the verdict “misguided and cruel.” Besides, Plotz writes: “Glass is far less likely than most lawyers to try to sneak something past a judge, because he’ll know that every single word he speaks and document he signs is suspect.”

And “after all,” Patrice writes at Above the Law, “Shon Hopwood robbed banks and has successfully shown complete rehabilitation. At some point, people have paid their debt.”

So this week, we’d like to ask you: From what you’ve seen, are character and fitness standards for the bar too lenient, or too harsh? Or is it always a case-by-case situation?

Read the answers to last week’s question: Does your firm consider job candidates’ law school pedigree? Does its approach result in good hires?

Posted by Steph: “My current boss went to Hastings and his only question of me (a non-Hastings grad) was how many times I had to take the bar in California before I passed it (answer: once). Occasionally I, as a Thomas Jefferson School of Law (4th tier) graduate (magna cum laude) get attitude about my ‘pedigree.’ But, I chose my school based on (1) spring start timed with my early graduation from the University of California, San Diego; (2) scholarship money; and (3) proximity to my boyfriend (who I have since gotten rid of). It’s the only law school I applied to, and while I have occasionally railed at the world for the prejudice I face, I wouldn’t change that decision. If that means firms who value pedigrees over actual legal experience won’t look at me, their loss.”