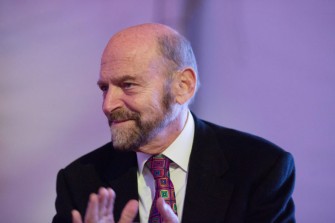 The Berkman Center for Internet & Society at Harvard Law School is getting a $15 million donation from Michael R. Klein, who received an LLM from the school.

It has been renamed the Berkman Klein Center for Internet & Society, according to a Harvard Law press release, and the donation will help build new, better interfaces between computer science, engineering, law, governance and policy.

Klein is a co-owner of ASTAR AirCargo, formerly known as DHL Airways, and a former partner at Wilmer Cutler Pickering Hale and Dorr. He also serves as chairman of the Sunlight Foundation, a nonprofit group focused on government transparency, using open data and reporting.

A “generous Brandeis Fellowship” brought Klein to Harvard’s LLM program after he graduated from the University of Miami School of Law, he told the university. He received the LLM in 1967.

“Now, the ability to give back to Harvard Law School is a privilege that I am deeply grateful for, particularly because my contribution can be directed to an exciting, entrepreneurial center that is in the vanguard of cyberspace research.”