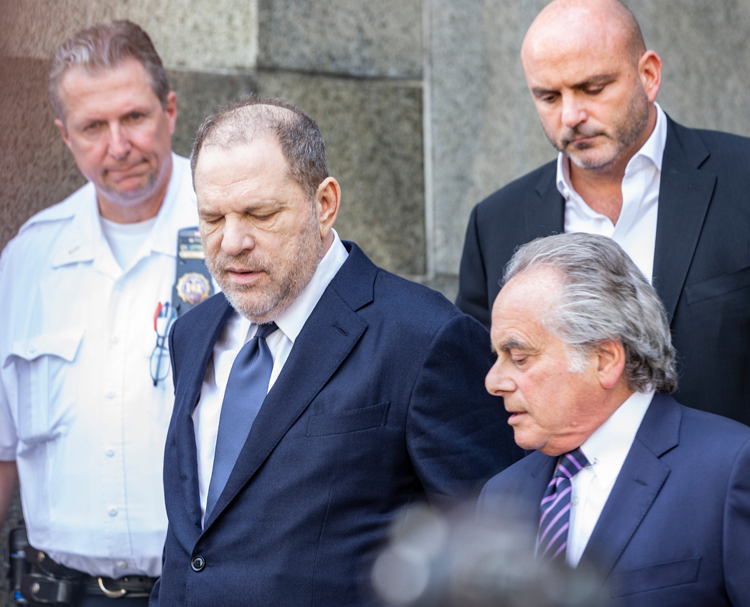 Film producer Harvey Weinstein was convicted in New York on Monday on two charges: a criminal sexual act in the first degree and rape in the third degree.

The charges relate to allegations that Weinstein forced a sex act on a television production assistant in his apartment in 2006 and raped an aspiring actress in a hotel room in 2013, report the Washington Post, Variety, CNN, BuzzFeed News and the New York Times.

Weinstein was acquitted on the most serious charges, two counts of predatory sexual assault. He was also acquitted of first-degree rape of the aspiring actress.

The New York Times says the trial was, for many, “a watershed moment for the #MeToo movement and a crucial test in the effort to hold powerful men accountable for sexual harassment in the workplace.”

The jurors heard from four other women who also accused Weinstein. Three women were allowed to testify to show Weinstein had engaged in prior bad acts over a period of time. A fourth witness who alleged rape in the 1990s was called to support the predatory sexual assault charges, which requires a showing that at least two victims were attacked, the Times explains.

Defense lawyer Donna Rotunno had argued that Weinstein was “not the monster” the prosecution had portrayed him to be, according to prior coverage of closing arguments by the Hollywood Reporter. She alleged the two accusers had used Weinstein to benefit their careers.

Under the “script” written by the prosecution, “women are not responsible for the parties they attend, for the men they flirt with, for the jobs they ask for help with,” Rotunno said. “In this script, the powerful man is the villain and he’s so unattractive and large that no woman would want to sleep with him voluntarily.”

Lead prosecutor Joan Illuzzi-Orbon said Weinstein had exploited vulnerable women and treated them as “disposables” who couldn’t complain when they were raped and abused, BuzzFeed News reports.