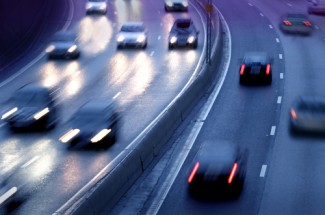 A federal judge in Manhattan has fined a New York lawyer a minimum of $12,000 for alleged missteps that include missing court conferences and providing inconsistent excuses as to why.

U.S. District Judge Jesse Furman imposed the latest sanctions on lawyer Carlos G. Garcia in a March 18 opinion, the New York Law Journal reports. It was the third time Furman sanctioned Garcia, who was representing defendants accused of violating labor and trafficking laws by inducing the plaintiff to come to the United States with false promises of a high-paying job.

In the March 18 opinion, Furman said Garcia had failed to obey two former court orders to pay a prior sanction “and further upped the ante by lying to the court in effort to have the sanction reconsidered.” He imposed a $6,000 sanction, in addition to two prior sanctions totaling $6,000.”

Furman checked Garcia’s phone and travel records, as well as a train schedule, in an effort to derive the truth about reasons for missed court hearings. In the March 18 opinion, Furman said that Garcia:

–Called the court on the day of a Sept. 18 conference, said he was in traffic, and showed up after the conference had been canceled, insisting that a court staffer note his appearance. He later told the court in a Feb. 6 letter motion, however, that he was in the Philippines “on a very urgent family matter” on that date and didn’t realize he had missed the hearing until he arrived back in New York. Garcia’s passport shows he returned from the Philippines in advance of the conference, Furman said.

–Garcia initially told court staffers on the date of a missed Dec. 19 conference that he was on the train and would take a cab to the courthouse. In a Feb. 6 letter motion, however, he later attributed the missed hearing to a real estate closing that ran late and “unusually heavy” traffic that put him not too far from the courthouse when the hearing was canceled. Garcia’s phone records correspond to the train schedule, and he never got closer to the courthouse than Jamaica, Queens, Furman said.

Furman said he gave Garcia the opportunity to correct or clarify misstatements through an affidavit, but a Feb. 17 affidavit “did anything but. If anything, he doubled down by making additional false statements” about being tied up in traffic on the day of the second missed pretrial conference.

The March 18 order says that unless Garcia pays up by March 27, he will be fined an additional $1,000 for each week that the money remains unpaid. Furman also said he was referring the matter to the chief judge, who should refer the matter to a grievance committee for “an appropriate inquiry.”

The New York Law Journal was unable to reach Garcia for comment. He also did not respond to a message from the ABA Journal on Monday afternoon.