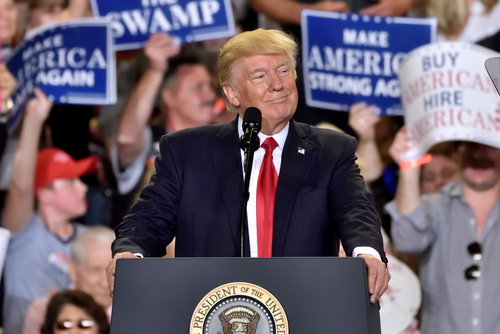 High-profile lawyers are reportedly rebuffing overtures to represent President Donald Trump and to serve in his administration.

Well-known law firms are reluctant to represent Trump in the probe of Russian influence, partly because he has a reputation for failing to follow legal advice, anonymous sources told the Washington Post and Yahoo News.

According to Yahoo News, top lawyers with at least four major law firms reportedly turned down overtures to represent Trump. The story identified the lawyers and firms as Brendan Sullivan of Williams & Connolly; Ted Olson of Gibson, Dunn & Crutcher; Paul Clement and Mark Filip of Kirkland & Ellis; and Robert Giuffra of Sullivan & Cromwell. None of the lawyers confirmed the report when contacted by Yahoo News.

Some lawyers cited scheduling commitments and client conflicts in rebuffing the administration queries, according to the Yahoo article. But sources told Yahoo the lawyers were also reluctant to represent the president because “he won’t pay and won’t listen,” and he has a penchant for damaging tweets. Other concerns, according to the article, were that representing Trump would harm recruitment and damage reputations.

Some lawyers are also reluctant to serve within the administration.

One anonymous lawyer who served in the George W. Bush administration told the Post he had turned down senior-level positions at several agencies, including the U.S. Justice Department. He cited “equally incoherent and unclear leadership” at the agencies and criticized Attorney General Jeff Sessions’ push for tougher drug sentencing.

Another anonymous lawyer told the Post he was in line for a senior post. He changed his mind after FBI director James Comey was fired and Deputy Attorney General Rod Rosenstein was “hung out to dry” when the White House mischaracterized his role in Comey’s firing.