How some law firms are affected by the government shutdown 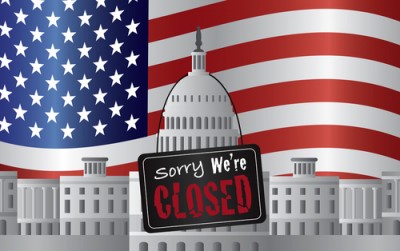 Law firms handling antitrust, capital markets and white-collar defense work are feeling the effects of the partial government shutdown, which has recently become the longest shutdown in U.S. history.

If the shutdown goes on long enough, some law firms could see a dip in billable hours for the quarter, according to Jeffrey Lowe, practice leader of recruiting firm Major Lindsey & Africa’s law firm practice group. Lowe spoke with the American Lawyer for its story on how law firms are feeling the pinch.

Capital markets lawyers are being affected because the shutdown has stalled initial public offerings, secondary offerings and mergers that require registration statements. Companies preparing to go public can still file documents with the Securities and Exchange Commission, but no one is available at the SEC to review the paperwork.

The SEC’s enforcement division is also quiet, which is affecting cases handled by white-collar criminal defense lawyers. Some SEC presentations and court dates will have to be pushed back, although law firms will still be doing work outside the courtroom, said lawyer Robert Anello, a partner at boutique firm Morvillo Abramowitz Grand Iason & Anello, in an interview with the American Lawyer.

Deadlines and Federal Trade Commission votes in antitrust matters also are being delayed. The shutdown “has affected virtually every matter I have going on,” Richard Parker, an antitrust partner at Gibson Dunn & Crutcher, told the American Lawyer.