If inmates designed own cells, this is what they'd look like 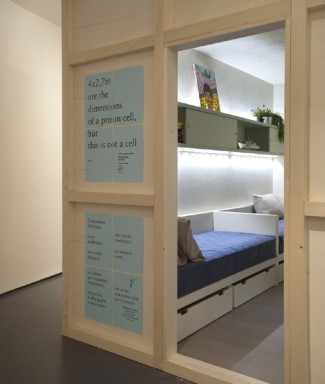 Image from the Freedom Room page.

Working with inmates at a high-security prison in Italy, three designers have unveiled what they’re calling Freedom Room, a prototype for a micro-housing module.

The prototype wouldn’t necessarily have to be adopted by the prison in Spoleto where the inmates currently reside.

Rather, the artists—Aldo Cibic, Tommaso Corà Marco, and Tortoioli Ricci—have said the design could be used as a model for low-income social housing or youth hostels, according to Gizmodo, which has a story and photos featuring the project.

The 12-by-8-prototype is the exact dimension of the cells where the Spoleto prisoners live and the designs incorporate their experiences. Gizmodo notes that prisoners resort to using cigarette boxes for shelves. And their cell design incorporates simple shelves throughout the space.