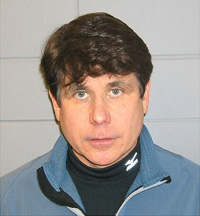 Former Illinois governor Rod Blagojevich should be stripped of his law license, the state’s disciplinary agency for lawyers announced on Tuesday.

In its decision, the Illinois Attorney Registration and Disciplinary Commission found that Blagojevich engaged in “a pattern of dishonest and deceptive conduct” and recommended his disbarment to the Illinois Supreme Court.

The ARDC noted that Blagojevich, a former assistant state’s attorney and elected state representative, was aware of his obligation to uphold the law when he committed numerous crimes, including wire fraud, attempt to commit extortion and corrupt solicitation. As governor, he also took an oath to “faithfully discharge the duties of the office of governor to the best of his ability.”

The commission said that he instead pursued his own interests, and while he “acknowledged the fact of his convictions, he has not acknowledged that his conduct was wrongful or expressed any remorse.”

Blagojevich’s prison sentence was commuted by President Donald Trump on Feb. 19, but he did not attend the disciplinary hearing last week—another action that irked the commission.

“His failure to appear for his disciplinary hearing demonstrates a lack of respect for the disciplinary process and the legal profession,” the ARDC said.

Blagojevich’s attorney Sheldon Sorosky disagreed, telling ABC 7 News that his client isn’t prepared to lose his license, but “did not care to contest this proceeding today.”

The former governor has three weeks to appeal the ARDC’s recommendation to the Illinois Supreme Court, but the Chicago Sun-Times reports that he has indicated he may not do so.

He said in a statement through adviser Mark Vargas that he hasn’t “practiced law since 1995.”

“Imagine yourself sitting on a plane and then the pilot announces before takeoff that he hasn’t flown in 25 years,” he said. “Wouldn’t you want to get off that plane? I don’t want to hurt anybody.”

Blagojevich’s law license has been suspended on an interim basis since his corruption trial in 2011.