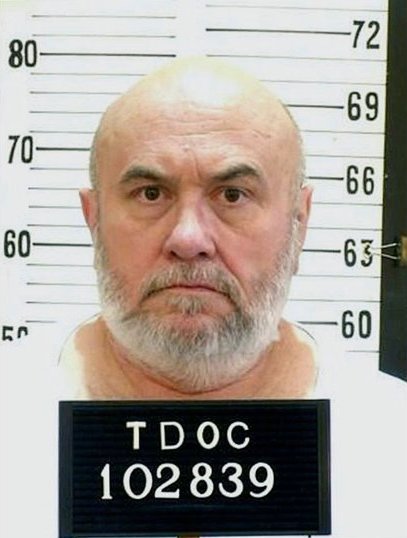 Edmund Zagorski. Photo courtesy of the Tennessee Department of Corrections.

On Thursday, Edmund Zagorski became the first person in five years to die by the electric chair in the United States.

Zagorski was executed for the murders of two men who planned to buy marijuana from him, report the Washington Post and the Tennessean. The U.S. Supreme Court denied a stay and refused to grant certiorari on Thursday. Justice Sonia Sotomayor dissented.

The man who built the electric chair used in Zagorski’s execution, Fred Leuchter, had expressed concern it would malfunction because of later modifications.

Leuchter had at one time promoted himself to the states as an engineer, but he acknowledged in a consent decree that he has never been registered as a professional engineer. He has a history degree.

There were no apparent malfunctions, although Zagorski’s pinkie fingers were either broken or dislocated by straining against the straps, according to Zagorski’s lawyer, Kelley Henry. She also said there were signs that Zagorski was still breathing between the first and second jolt of electricity.

Zagorski had chosen the electric chair over lethal injection because he believed death would come quicker. Death by lethal injection could leave him in “utter terror and agony” for up to 18 minutes, according to an affidavit he signed.

In an order two minutes before the scheduled execution, the Supreme Court denied the stay.

Sotomayor wrote that Zagorski chose the electric chair “not because he thought that it was a humane way to die but because he thought that the three-drug cocktail that Tennessee had planned to use was even worse. Given what most people think of the electric chair, it is hard to imagine a more striking testament—from a person with more at stake—to the legitimate fears raised by the lethal-injection drugs that Tennessee uses.”

Sotomayor said because of the unique litigation posture of the case, the denial of Zagorski’s challenge “says nothing about the constitutional tolerability of the electric chair, which has raised concern in other forums.”