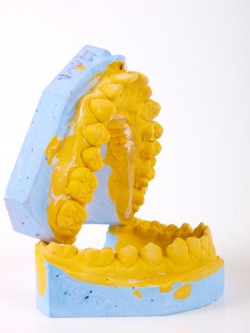 The Innocence Project has sued the federal government’s National Museum of Health and Medicine for denying it access to archival information on the history of bite-mark analysis.

The Feb. 20 suit, filed in federal court in New York City, says access to information on the “tragically flawed forensic science” could help exonerate the wrongfully convicted. A press release on the lawsuit is here, and coverage by the New York Law Journal is here.

The material is in the archives of the American Board of Forensic Odontology, an organization that certifies dentists as forensic bite-mark experts. The organization has provided testimony and evidence leading to the conviction of defendants “in a plethora of criminal cases,” the suit says.

A recent study “showed that forensic odontologists could not even reliably determine which injuries were bite marks, let alone match a mark to a unique individual’s teeth,” the suit says. “Untold numbers of people have been falsely convicted as a result of this faulty science.”

The museum is part of the U.S. Department of Defense. The suit claims that the museum violated the Innocence Project’s First Amendment rights by denying the information because of the group’s viewpoint and by retaliating because of its critical stance.

The suit also alleges a violation of the Freedom of Information Act. The Innocence Project says it used FOIA to request the archival information and to seek correspondence between the museum and the odontology group. But the Innocence Project has received no meaningful response, the suit says.

Another cause of action alleges that the museum’s decision was arbitrary and capricious in violation of the Administrative Procedure Act.

ABA Journal: “Out of the blue”