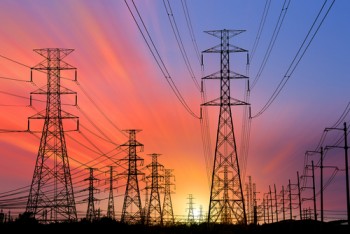 Investigators probing the cause of Northern California fires that have killed at least 31 people will be examining whether downed power lines played a role in igniting the blaze, raising the possibility of liability and fines for Pacific Gas and Electric Company.

The California Public Utilities Commission has asked PG&E to preserve evidence in connection with the wildfires that began during a windstorm, CNBC reports. As the fires erupted, emergency dispatchers received multiple reports of downed lines and exploding transformers, the San Jose Mercury News reports here and here.

PG&E has called reports about its maintenance “highly speculative” and said the utility was contending with a “historic wind event” that packed hurricane-strength winds. “Safety is our top priority,” said spokesman Donald Cutler.

Weather records checked by the Mercury News, however, indicated wind gusts varied from peaks of 30 to 41 mph at weather stations in Santa Rosa and near Napa. Gusts were as high as 79 mph at one weather station in the Napa-Sonoma area that was far from the site of major fires.

State law requires utilities to maintain power lines that can withstand winds up to 56 mph, according to the Mercury News. Utilities are also required to cut back trees to prevent fires. Utilities that don’t follow the law can be found liable for fines, penalties and damages in civil lawsuits.

The utility could assert an “act of God” defense, which would be weighed by jurors and the Public Utilities Commission.

The Public Utilities Commission fined PG&E $8.3 million after finding it responsible for the Butte Fire in Amador County, southeast of Sacramento, in 2015. The state also billed the utility about $90 million for the costs of fighting the 22-day blaze.

Lawyer Frank Pitre represented fire victims in lawsuits stemming from that fire. His firm has received calls from people affected by the latest fires.

PG&E has also been fined in connection with past fires. In 2015, the Public Utilities Commission fined PG&E $1.6 billion for a 2010 San Bruno explosion that killed eight people. Jurors also found the company guilty last year for violating federal safety regulations for its natural gas lines before the explosion.